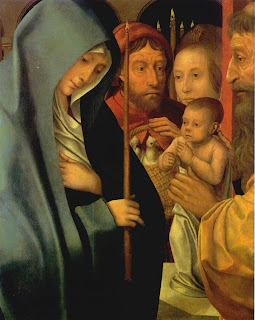 Alright, so, I wandered over to Crooked Timber for lack of anything better to do, and found myself in the middle of a conversation apparently concerned with John Rawls' Theory of Justice, a theory I've never found particularly satisfactory anyway. The critique cited is one new to me, but the conclusion reached at the blog was what was interesting:

The difference principle may tell you how not to get either justice or fairness while still doing the right thing. This is so different from what Rawls thinks he is giving us that it is really striking.

I'm not trying to wade too deeply into this discussion, because the last time I bothered to read Rawls was in law school (lo these nearly 25 years ago!), and I understand he has revised some of the Theory since then. But the basic ideas of Rawls' theory are these:
no one knows his place in society, his class position or social status, nor does anyone know his fortune in the distribution of natural assets and abilities, his intelligence, strength, and the like. I shall even assume that the parties do not know their conceptions of the good or their special psychological propensities. The principles of justice are chosen behind a veil of ignorance."

This is known as the "original position." From it, Rawls determines the best course for any society is to maximize the position of the least well-off, since that could be you. The principles chose, then:

...are the principles that rational and free persons concerned to further their own interests would accept in an initial position of equality as defining the fundamentals of the terms of their association.

This leads to the first principle of justice, or the "liberty principle:"

First: each person is to have an equal right to the most extensive scheme of equal basic liberties compatible with a similar scheme of liberties for others.

And that, in turn, leads to the "difference principle," where social and economic inequalities are arranged to benefit the least-advantaged members of society. One response to the vision of such a world was Vonnegut's "Harrison Bergeron"(although, to be fair, that wasn't the society Rawls' envisioned). Another response is the "kidnapping" scenario discussed at Crooked Timber, where it might be prudent to pay off kidnappers, but it's hardly fair or just. As Crooked Timber points out, the same can be said for bailing out Wall Street. It may be doing the right thing; but it hardly seems fair or just.

Why doesn't this critique surprise me? Because Rawls' is working within a constraint that ends his effort before it begins. He begins with the assumption that a utilitarian model is the most ethical social model imaginable; and yet it isn't ethical enough, because it isn't fair enough. So all he's trying to do is to tweak the model until, at least in theory, it is more just. But the central problem is that justice is both ideal and real, both metaphysical and imminent. In fact, this is why Aristotle placed metaphysics as the first subject above the physical, and made it superior. Metaphysics, said Aristotle, is the realm of the cause of the physical. It is, in other words, metaphysics, be it merely the realm of the abstract or the Kantian Ideal, which gives rise to any production or even effort toward, justice in concreto. Rawls' theory, like utilitarianism itself, starts with the concrete and then seeks a justification for it that will suit an ideal. Neither theory pushes society toward an ideal, or even holds out that ideal as a reality to which it should strive even if it can never be achieved. Instead, both theories describe the present situation and propose a few minor adjustments which will inconvienence no one, but can be used to reassure us that we are doing something for someone; or even better, for society at large, maybe even (albeit unintentionally) for ourselves.

And yet we don't have to so much as turn a hair.

The basiliea tou theou sort of resembles the original position, and would seem to reinforce the difference principle, except the basileia tou theou posits a metaphysical cause which provides a living purpose which makes it at the very least a Jamesian "living option," and that turns Rawls' "difference principle" on its ear. Rawls' wants us to act, or better establish a system (which will act for us) that recognizes the reality of the least advantaged. The basiliea tou theou sets before us the telos of being the least advantaged, and tells us not to rely on some system to seek justice for us, but to do justice by living the race to the bottom, to being last of all and servant of all (which will require a constant effort, once you get there, just to stay there). Then justice will be served not because everyone has as equitable a distribution of goods as society will tolerate, but because everyone is taking care of everyone else.

What else, after all, does a servant do, except serve?

It's very much a question, then, of what other genuine values require Christians (and no one else carries this burden) not to seek the bottom of society, to be last of all and servants of all. Because that's the one genuine value of the basileia tou theou; the one that makes all the others genuine, or not, in relation to is. Which would make the kergyma of the gospels the most prohibitively costly value of all.

But how else do you get justice or fairness at all?