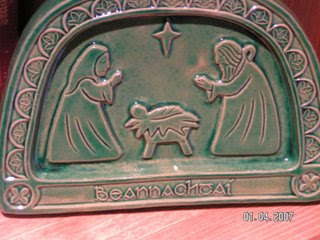 The ARIS study is being taken, by those who notice it and whom I notice, as news; and that's my first problem with it. It doesn't tell the churches anything they haven't known for decades. If it indicates a sharp increase in the decline in mainline church attendance since 2001 (to mix metaphors, or indicators, or something), I think the churches have noticed that, too. I can see it in my neighborhood, and attribute the decline as much to changing demographics as to huge cultural indicators such as "authoritarian preaching" in "fundamentalist churches." In my immediate neighborhood I can count at least a dozen mainline churches, some across the street from each other, all old and established. The majority are Baptist, but there are also Nazarene, Presbyterian, and UCC in the mix. One relocated recently because it was close to the freeway expansion, and it took the opportunity to move. The rest haven't been so lucky. A large (judging by the size the facility) Baptist church finally gave up the ghost a few years ago. A non-denominational church (which started from my former church, decades before I was ever there. The story is they split with the church over the decision to recarpet the sanctuary. No, I'm not making that up.) down the street from my old church, changed hands and moved away to a new facility. Most of the churches still in the area and still mainline, are suffering declines in membership, all because the demographics of the area have changed.

This neighbhorhood was the "new" neighborhood a few decades ago. It suffered badly in the oil shock that nearly wrecked Houston, and recovery came through an influx of Mexicans, Vietnamese, Koreans, and generally poor or lower income folk. It had been a white enclave built by executives and middle management types in large corporations. (Ironically my church in Austin had suffered the same fate in a different decade. It was built in a white, middle to upper middle, "new" neighborhood, and then suffered a decline as the industry built there and providing the people for the houses, moved across town, taking everyone in the houses with it. That church finally relocated, too.) The churches here that couldn't, or wouldn't, relocate, suffered a sharp decline in attendance. Those declines have not abated, despite the fact there are several Korean and Mexican churches in the area, all new (and not included earlier in my counting of churches around me). Most of the Korean churches are Presbyterian, and most of the Mexican (or Hispanic, if you prefer) churches are some brand of Mexican/Central American Pentecostal. There is a thriving one at the end of my street, not 100 yards from where I sit now. But it reflects the neighborhood, not a changing interest in religion.

Of course, a patch of ice doth not a winter make, and the example of a neighborhood here or there is not proof of a theory as to why church membership is declining. Eliot's description, though, of living dispersed on ribbon roads where no one knows their neighbor, seems still to explain more of the loss than anything else. Churches are neighborhood phenomena. I remember attending a Lutheran church (it was an assignment in seminary) in St. Louis, a tiny building occupying one lot at the end of a residential street. It fit into the neighborhood so well you had to know it was there to find it. Anyone who tried to build a church like that today would be doomed to failure, and wouldn't get the backing of any mainline denomination. It was the norm once, though: churches were built for the people around them. They were built by the people around them. Today, however, we expect to drive to church. And we expect some conveniences when we get there:

Daystar was a country church called Glory Hill Church of God when Lawson arrived nearly nine years ago. The church "relaunched" itself in the pattern of an urban megachurch in 2002 _ there's Starbucks coffee in the lobby and video screens everywhere _ and took off.

"In the next seven years 100 people became 2,000 people," said Lawson, who sports the hip, young megachurch look _ short hair, a goatee and dark clothes, minus a tie.

The church has a second-hand clothes shop for needy neighbors, and Lawson said it sends out 100 volunteers at a time for local work days. Members even are trying to raise $10,000 to put new sod on the baseball field at the local high school.

That's a church in rural Alabama. It draws 2000 people a Sunday, has a nearly $6 million building, and draws people from 45 miles away.

The church's attendance is slightly larger than the entire population of Good Hope, which has three other churches in its town limits and five others within a stone's throw. The community is a mix of farm homes, middle-class subdivisions, mobile home parks and a few McMansions.

That is NOT a neighborhood church. And it is following the pattern of megachurches across the country, because it's next goal is to set up "satellite churches." It wants to be its own denomination, in other words.

The temptation with news like this, or the ARIS study, is to jump to conclusions and extrapolate this data in to the future. A little knowledge, however, is a dangerous thing. For one thing, casting mega-churches far into the future is assuming the future will look just like the past; and already, the past ain't what it used to be. The rampant hedonism and consumerism of the past decades may already be fading. That is not to say it is gone and will never return. There are no "sea changes" in American history, no sweeping away of the old in favor of the wholly new. But the peculiar circumstances that promoted the corporate business model as the foundation of all human institutions, may well start crumbling. If people find it harder to pay for Starbucks, whether the one on the way to work or the one in the church lobby, they may also find it hard to pay for multi-million dollar church buildings. It happens to mainline churches all the time; no reason to suppose mega-churches are immune.

Is there a larger picture here? Yes, but I think it's obscuring the reality of the smaller one. Church was once a social obligation. It simply isn't, any more. My experience in community college teaching reveals that, more and more each year, any mention of once familiar Christians stories, from Noah and the Ark and Jonah and the Whale, to the Sermon on the Mount of Paul's experience on the road to Damascus, draw blank stares. Most of my students in the private high school where I've taught for 5 years now, don't even attend church. The Christian stories which were once the foundation of our common cultural heritage, are increasingly as unfamiliar as foreign countries. We have not, in a confessional or a cultural sense, been a Christian country for some time now, and the change is accelerating. Pastor Dan attributes this in part to Moralistic Therapeutic Deism, but I think that's being too optimistic by half. MTD is a concept I'd like to explore more carefully later, but my experience is that more and more Americans, especially young Americans, are not deistic in any sense, nor are they necessarily atheistic, because that term has come to imply an antipathy toward religion (Madalyn Murray O'Hare; Richard Dawkins; Sam Harris; Christopher Hitchens, all come to mind as modern exemplars). They are simply a-theistic, as in "non-theistic." They have no real concept of God, and they don't feel the need for one.

Which pretty much models the findings of the ARIS study. Which means Christendom is dead; or at least, it's barely breathing on its own. On the other hand, if MTD is a valid concept, and if its underpinning is being removed, this may not present a crisis to the church, so much as it presents an opportunity.