The bitter, painful end of 'Christendom' 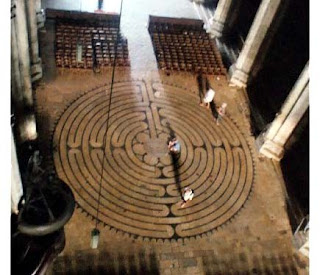 I hadn't heard about this:

Lebouvier's case is among a growing wave of de-baptisms in Europe, one of the most visible manifestations of the continent's secular drift. Websites offering informal de-baptism certificates have mushroomed. Other Christians are formally breaking from the church by opting out of state church taxes.

But I must admit it doesn't particularly disturb me. The real problem for some churches in Europe (and I don't know the laws of each country, nor how the churches are, or are not, supported), is in that last sentence: people who opt out of the church entirely, are also opting out of funding the churches with their taxes.

This, of course, prompts all kinds of retorts from atheists and those antagonistic to the Church in whatever form it takes. And, as the article indicates, it may be that the Roman Catholic church especially has brought this on itself; but I don't think so. I think there is a spiritual dimension to this, and the institution of the Church (which exists as much in America as in Europe; the crucial but ultimately minor distinction being the direct tax subsidy) as an institution may well undergo a very necessary restructuring. Or maybe it will be called "creative destruction." Whatever, it isn't necessarily the end, but rather a new beginning:

The bigger worry, experts say, are plummeting rates of new baptisms. Half a century ago, for example, 90 percent of French children were baptized, said Sorbonne University religion professor Philippe Portier. Today, roughly one in three are.

"The church considers de-baptisms a very marginal phenomena and its strategy right now is to resist it," Portier said. "It is much more active when it comes to reversing the drop in (new) baptisms -- there it's put in place a new evangelizing strategy."

The parish at Paris' historic Saint-Germain-des-Pres, for example, is offering a myriad of activities, from ski retreats to support networks for young professionals. At a recent evening youth Mass, the church was overflowing.

The parish priest, the Rev. Benoist de Sinety, is counting on faith, not numbers.

I would much rather pastor a church of 10 people who really want to be Christian, than pastor a church of 1000 who are only there from habit or convenience or for the entertainment value. And lest you think this is a European "problem," let me resurrect a post I wrote but never published:

The plaster is cracking again:

Of course this rapid growth of megachurches doesn't mean church attendance has increased. On average 50 small churches close their doors every week in America. We've seen 40 years of the Walmart effect -- consolidation rather than expansion. And while the latest infographic reports the average megachurch was founded in 1971, most were not megachurches in 1971. They were average-sized congregations that reached mega-attendance levels in the 80s or 90s under the leadership of a baby-boomer pastor. (I've profiled a number of such churches in the pages of Leadership Journal over the years.)

This is difficult to sum up, but let me try: basically, megachurches are the creations of personality. Jethani is too polite to call them personality cults, but I'm not. I've yet to see a "megachurch" that wasn't built around the charisma and publicity skills of a single individual. And the question not addressed in this article, or in the "infographic" he bases his post on, is the very real question of what happens when the leaders of these churches depart. Jethani mentions only one example, that of Robert Schuller's Crystal Cathedral. Joel Osteen's church is the best example of a mega church carrying on after its founder dies, but Osteen took over for his father. Ask Oral Roberts how often that works out.

Most of the history of such enterprises is that they fail when the original leader fails. Think of Jimmy Swaggart, Jim and Tammye Faye Baker, Pat Robertson (whose influence began declining when he disavowed his pastoral office in order to run for the Presidency. CBN was once a cable channel. Now Robertson shows up on ABC's "Family" cable channel, for a few hours a night on his once powerful "700 Club.") Oral Roberts suffered a similar collapse when he tried to leave the church in his son's hands; and after Jerry Falwell died his university had some brief influence through it's alumni, but even that is fading now. Anybody heard from Falwell's church or university lately?

True, there are some churches which achieve large congregation status on the basis of being a large congregation. I know of one church which called a pastor specifically to make them grow, and he did. When he retires, the church will probably find a similar candidate to pursue a similar ministry, and they will probably succeed at it. In that model, the pastor is a figurehead for the congregation, not the reason for the congregation. But history shows such churches are few and far between, and besides, they do have a life cycle, like all institutions.

Near me are several former churches; the buildings emptied of the original congregations, some of them filled now with new congregations, mostly Mexican evangelical/charismatic congregations. The segregating of Sunday morning continues unabated. There are also churches which, as I've mentioned before, closed because the neighborhoods around them aged. Old people still go to church if they can, but their children tend not to go to their church. As Jethani points out, the average age of the mega-church is 50; which means, unlike most traditional churches I know, many of the people would actually be younger than me. But what about the 20-30 year olds? Where are they? What are they looking for? Ask Walt Kallestad, the pastor of a church I studied (briefly) in a class in seminary:

I have my own bone to pick with Community Church of Joy, but the story illustrates a truly chilling aspect of megachurches: they are institutions first, and whatever else second. If you are running a church with $12 million in debt to service, 187 acres of land, multipurpose buildings, and "a great staff," what is your first priority? Serving the poor? Saving souls? Or putting paying butts in the pews? To be fair to Kallestad, the article Jetheni links to indicates Kallestad took his megachurch in a radical direction, disdaining the "show" aspects I criticized in my seminary class (and elsewhere) of his ministry in favor of truly doing the hard work of creating disciples. In the process he lost, by his own account, some 4000 church members. This is not the first time a megachurch has decided to take the cost of discipleship more seriously. The New York Times noted Tim Keller's success in 2006. But it also noted that church attendance decline whenever Keller wasn't in the pulpit (a not unusual phenomenon, again to be fair. Even church members who seem to appear in church by habit rather than desire will fade away when the regular pastor is on vacation. But that's in no small part because Protestant churches have by and large learned to attend a church where the pastor pleases them, and not necessarily attend because it is a duty or even a religious obligation.).

On the other hand, Kallestad's concept of "empowering disciples" is illustrated by a grandfather asking Kallestad to come to the hospital to pray for his grandson, and Kallestad convincing the grandfather to do it himself. To infer that lay ministry is radical (I was doing it at the turn of the century, literally. Kallestad writes in 2006, as if he's invented the wheel.) is rather like saying you've found a new concept for December worship called "Advent."

So what is "radical" for a megachurch is not exactly radical for "regular" churches. Lay ministry is a concept working in many a small church where the pastor tries to "empower disciples" by getting them involved in the pastoral care of congregation members. But I have to say I wouldn't send a grandfather to a grandson's hospital bed instead of going myself.

Although, that's just me.

Churches are easy marks for complaint. The pastor is boring, or not interesting, or too loud, or too sleazy, or too.... I've known churches to split congregations over the question of replacing the carpet in the worship space. Churches never do what we want them to do, and when they do, we don't understand why everybody doesn't love the results. But churches can become institutions interested only in being institutions. That was the root of Kierkegaard's critique of the Danish church in the mid-1800's. It could be the root of a critique today by those who want to be "de-baptized" in Europe, or who have just "voted with their feet" in American churches.

But please note that is a prayer for a congregation; and any congregation is, almost by definition, an institution. And maybe it takes events like this for the church, as the Body of Christ and as an institution, to reconsider what baptism is for.

The Church, both laity and clergy, could do worse than to consider that question.