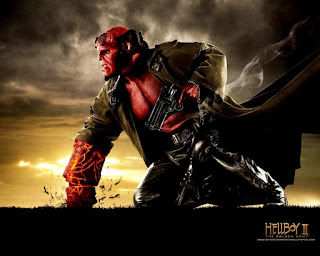 Arthur C. Clarke wrote a charming little tale in the 1950’s that took the premise that a human brain was just a certain number of cells interconnected at enough points that it produced consciousness as a result of the cells and the connections between them. His story imagined this same thing happening when enough telephones around the world were connected to each other, rather like brain cells.  With enough such connections (the phones as "cells," the wires as the connections), a consciousness would "wake up"; and then what?

It wasn’t a prediction of inevitability; it was just a pleasant bit of imagination which, we are now sure, might as well have been a fantasy by Dunsany.

In a similar vein, we are assured by those who know that the many programs of the NSA will soon, if they haven’t already, gather up enough data and process that data through powerful enough algorithms that the government will know who the terrorists are and how to stop them, somewhat a la Tom Cruise in “Minority Report,” only without the psychics floating in briny water.  In other words, make enough connections and the system itself will "wake up" and do the work you couldn't do.

And that seems to me to be as ludicrous as Clarke’s “Dial ‘F’ for Frankenstein.”  The only difference between them is that nobody ever spent any money trying to make Clarke’s story so much as a short film; but we are spending billions on this ludicrous and baseless vision.

Already we know that, while the Boston police were looking for suspects in the crowd during the Boston marathon, they had no idea to look for the Tsarnaev brothers, whom it is safe to assume used telephones and the internet and didn’t even try to hide themselves from security cameras on the day of the bombing.  There is an old, old problem of discovery, known to anyone who pursues knowledge by looking for it:  you don’t find what you aren’t looking for.

As I understand the underlying idea of PRISM or Blarney or just using the FISA court to continuously get phone records, that principle is not being considered.  In fact, what is being considered is that the computer, rising above human tendency to error, will “see” with greater insight, and find in data sifted by properly written algorithms, what is “really” there rather than whatever NSA employees or programmers are looking for.

When you put it that way, it sounds almost reasonable, right?  When it doesn’t sound exactly like magical thinking.

The magic of Harry Potter was, for the most part, a simple expression of will.  Learning to express one’s will clearly and accurately, was the purpose of magical education.  Once you had that down, you could turn a cup into an animal, whisk yourself across the globe, or defeat your enemy with a word.  The only possible error was in inexact expression of the will.  Garbage in, garbage out ruled only over those insufficiently trained in how to wave their wands.

GIGO, of course, still rules in computer programming.  “Bugs” in the system still exist, because programming is always an imperfect expression of will, just as engineering or art or science, is.  But the premise of data-mining is that GIGO has no place, because the patterns will make all things clear and will tell us, once and for all, who is menacing and who isn’t.  Basically, it will do the work for us; all we have to do is feed it.

Or, as some people think it used to work, make a sacrifice to the right deities.

Magical thinking.  If we just feed the algorithm the right data, sufficient data, all the data, we will learn, if not the meaning of life, then at least who our enemies are.  Why?  Because the data and the patterns the computer looks for will make all things clear.  It sounds more like the mad dream of James Jesus Angleton, a man so famously paranoid he suspected everyone but himself of being duplicitous, or at least never above suspicion.  He saw patterns everywhere, and was quite sure he knew what they meant.

So does Alex Jones.  Except he thinks he doesn’t need any more data; everything just proves his conspiracy theories, no matter what information it is.

So there’s the formula:  the right algorithm and information equal to not less than the entireworld, will yield:  magic.

If technology won't save us, perhaps magical thinking will.