Habeas Corpus is not dead yet.... 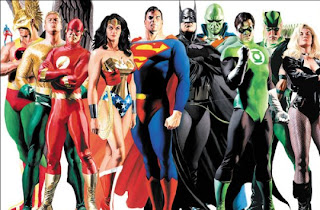 but the Bush Administration is determined to bury it anyway. Via TPM:

But in a statement released last night, the Department of Justice said that the ruling "presents serious national security and separation of powers concerns" and announced that DOJ is filing an emergency appeal to ensure the men stay behind bars.

This much was known, actually. The New York Times mentioned the appeal in its article on the issue. But read the statement from the DOJ:

“Today, the U.S. District Court for the District of Columbia ordered that 17 Uighurs detained at Guantanamo Bay— individuals who have admitted to receiving weapons training at camps in Afghanistan— be released into the United States. Today’s ruling presents serious national security and separation of powers concerns and raises unprecedented legal issues.

And then consider this:

Judge Urbina’s decision came in a habeas corpus lawsuit authorized by a landmark Supreme Court ruling in June that gave detainees the right to have federal judges review the reason for their detention. Speaking from the bench in a courtroom crowded with Uighur supporters of the detainees, Judge Urbina suggested that the government was seeking a stay as a tactic to keep the men imprisoned.

“All of this means more delay,” he said with evident impatience, “and delay is the name of the game up until this point.” The centuries-old doctrine of habeas corpus permits a judge to demand production of a prisoner, a power Judge Urbina sought to exercise with his order that the men be brought to him.

“I want to see the individuals,” he said.

This is, in other words, a straight up habeas case, one the courts have been guaranteed authority over since Magna Carta. What is the Bush Administration response? Fear, fear, fear:

The White House press secretary, Dana Perino, said the administration was “deeply concerned by, and strongly disagrees with” the decision. She added that the ruling, “if allowed to stand, could be used as precedent for other detainees held at Guantánamo Bay, including sworn enemies of the United States suspected of planning the attacks of 9/11, who may also seek release into our country.”

And that's it; that's the basis for the "separation of powers" issue the DOJ is claiming. The Administration, not the courts, gets to decide who has access to American courts. Or it could be simply pique; it could be they simply didn't like the judge's ruling:

Judge Urbina, an appointee of President Bill Clinton, underscored the significance of his ruling with repeated references to the constitutional separation of powers and the judiciary’s role.

He rejected Justice Department arguments as assertions of executive power to detain people indefinitely without court review. He said that “is not in keeping with our system of government.”

The DOJ response is: "Change the system of government."

I wish it were unbelievable. But it will only be that if an appellate court sides with the Administration. In the meantime, we can't get rid of these yahoos fast enough.