In the spirit of preparation 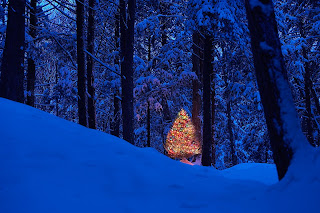 I suppose we should have expected this:

During a discussion of the shooting with Cruz, conservative radio host Hugh Hewitt said, "I have never met — not once — a single pro-life activist who is in favor of violence of any sort."

Cruz responded that he hadn't either.

"And I would note that this whole episode has really displayed the ugly underbelly of the media," Cruz said. "You know, every time you have some sort of violent crime or mass killing, you can almost see the media salivating hoping, hoping desperately that the murderer happens to be a Republican so they can use it to try to paint their political enemies."

"Now, listen, here's the simple and undeniable fact: the overwhelming majority of violent criminals are Democrats. The media doesn't report that," he continued.*


So, No True Scotsman (he's not one of ours!) and a blatant lie (he's violent and a criminal, which means he must be a Democrat!).  It's cartoon logic.  It's comic book reasoning.  It not only won't draw supporters away from Donald Trump (who seem to like The Donald more for his public persona than for what he actually says), it will make Cruz look a fool when he finally gets on a Sunday morning interview program and tries to look rational.

But it's also a cautionary tale in attributing blame.  I accept that Robert Dear is the perpetrator of the attack on the Planned Parenthood clinic (that is something that has to be proven in court).  His motive is only relevant in determining what crime he committed, and that he committed a crime.  But that's not "motive" in the commonly used sense, i.e., what drove him to take guns to the clinic and start shooting people.

That's interesting water cooler gossip, I suppose.  This, however, is where it leads.  Not that we can do anything about that; people gonna talk about people.  I just don't care to engage, or to quietly encourage engaging the discussion by remaining passively silent.  This is a discussion where we all end up sounding like Ted Cruz.  He's just made excessively clear what we're all thinking:  Robert Dear is not our guy, he's their guy! And it's their fault!

If we want to attach fault to others, it's our fault.  Our fault for not providing adequate mental health care to people like Robert Dear.  Our fault for allowing something as dangerous as guns to be so freely and easily available, especially to such obviously unstable personalities as Robert Dear.  This is our failure as a society.  These deaths, this trauma:  it's on us.  We are a democracy, we are the government; we are the ones who are supposed to act to make these crimes more impossible.  And every step of the way we refused to.

Advent is the time for rousing.  We are shaken to the very depths, so that we may wake up to the truth of ourselves.  The primary condition for a fruitful and rewarding Advent is renunciation, surrender.  We must let go of all our mistaken dreams, our conceited poses and arrogant gestures, all the pretenses with which we hope to deceive ourselves and others.  If we fail to do this, stark reality may take hold of us and rouse us so forcibly in a way that will entail both anxiety and suffering.

The reign of God, the eschatological liberation of the world, is already in process. is already being established.  It takes place in concrete modifications of actual life.