Surely a revelation is at hand! 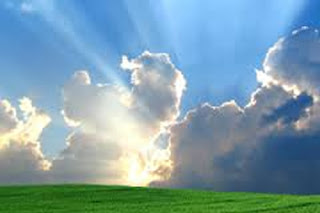 This is one of those things that's probably only important to me, but in Texas this is like the Manchester Union-Leader endorsing Bernie Sanders:

There is only one serious candidate on the presidential ballot in November. We recommend Hillary Clinton.

We don't come to this decision easily. This newspaper has not recommended a Democrat for the nation's highest office since before World War II — if you're counting, that's more than 75 years and nearly 20 elections. The party's over-reliance on government and regulation to remedy the country's ills is at odds with our belief in private-sector ingenuity and innovation. Our values are more about individual liberty, free markets and a strong national defense.

We've been critical of Clinton's handling of certain issues in the past. But unlike Donald Trump, Hillary Clinton has experience in actual governance, a record of service and a willingness to delve into real policy.


They even said it themselves, so I don't have to.  The Dallas Morning News was Republican back when Texas was a single-party Democratic state (it's still a single-party state, but that's never going to change). It was moss-bound conservative before Ted Cruz was a gleam in his daddy's eye.  And I'm surprised they ever backed FDR.  They must have been drunk when they did it.  That, or he faced his own Donald Trump.

They even address the Clinton Derangement Syndrome that AP and the NYT continue to simultaneously feed and draw news stories from:


Her being cleared of crimes by investigation after investigation has no effect on these political hyenas; they refuse to see anything but conspiracies and cover-ups.


Which makes me think they're reading the comments at Salon.

We reject the politics of personal destruction. Clinton has made mistakes and displayed bad judgment, but her errors are plainly in a different universe than her opponent's.

Trump's values are hostile to conservatism. He plays on fear — exploiting base instincts of xenophobia, racism and misogyny — to bring out the worst in all of us, rather than the best. His serial shifts on fundamental issues reveal an astounding absence of preparedness. And his improvisational insults and midnight tweets exhibit a dangerous lack of judgment and impulse control.

After nearly four decades in the public spotlight, 25 of them on the national stage, Clinton is a known quantity. For all her warts, she is the candidate more likely to keep our nation safe, to protect American ideals and to work across the aisle to uphold the vital domestic institutions that rely on a competent, experienced president.

It's almost enough to make me think the basilea tou ouranon (kingdom of heaven) is at hand.