The REAL Elephant in the Drawing Room 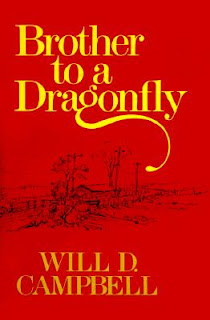 Frank Rich will get all the attention for his column, but just when you think he's going to strike the nail on the head:

Even now, I wonder if many of those who have since backtracked from the Sherrod smear — including some in the news business who reported on the video without vetting it — have watched her entire speech. What’s important is not the exculpatory evidence that clears her of a trumped-up crime. What matters is Sherrod’s own story.

Not the best lead up, but an indication he may finally return our focus to what Ms. Sherrod's speech was about: what she learned about racism and class in America. Sadly, no:

She was making the speech in Georgia, her home state, on March 27, the 45th anniversary of her father’s funeral. He had been murdered when she was 17, leaving behind five children and a wife who was pregnant with a sixth. Sherrod had grown up in Baker County, a jurisdiction ruled by a notorious racist sheriff, L. Warren Johnson, who was nicknamed “Gator” for a reason. Black men were routinely murdered there but the guilty were never brought to justice. As Sherrod recounted, not even three witnesses to her father’s murder could persuade the grand jury to indict the white suspect.

Sherrod had long thought she’d flee the South, but had an epiphany on the night of her father’s death. “I couldn’t just let his death go without doing something in answer to what happened,” she said. So she made the commitment to stay and devote her life to “working for change.” She later married Charles Sherrod, a minister and co-founder of the Student Nonviolent Coordinating Committee, whose heroic efforts to advance desegregation, including his imprisonment, can be found in any standard history of the civil rights movement.

All really excellent information but not really the point of Ms. Sherrod's speech. For that, we should turn to Bob Herbert a day earlier:

Which brings us to the most important part of the Shirley Sherrod story. The point that Ms. Sherrod was making as she talked in her speech about the white farmer who had come to her for help was that we are all being sold a tragic bill of goods by the powerful forces that insist on pitting blacks, whites and other ethnic groups against one another.

Ms. Sherrod came to the realization, as she witnessed the plight of poverty-stricken white farmers in the South more than two decades ago, that the essential issue in this country “is really about those who have versus those who don’t.”

She explained how the wealthier classes have benefited from whites and blacks constantly being at each other’s throats, and how rampant racism has insidiously kept so many struggling whites from recognizing those many things they and their families have in common with economically struggling blacks, Hispanics and so on.

“It’s sad that we don’t have a roomful of whites and blacks here tonight,” she said, “because we have to overcome the divisions that we have.”

There is no way we’ll overcome those divisions if people who should know better keep bowing before and kowtowing to the toxic agenda of those on the right whose overriding goal is to foment hostility and hate.

No mention of economics or class in Rich's column. He does focus on the continuing evil of racism, and points me to this interview with Media Matters in which Ms. Sherrod makes the trenchant statement:

"I think it is race. You think we have come a long way in terms of race relations in this country, but we keep going backwards," she said. "We have become more racist. This was their doing, Breitbart put that together misrepresenting what I was saying and Fox carried it."

Which I think pretty fairly applies to Fox News (which has nothing to do with "news", and should be treated the same way society treats David Duke or regards Bull Connor); but I'm not sure it applies to American society. I don't think racism has been eliminated in America; but neither do I think most Americans sympathize with the views of Andrew Breitbart, especially on the question of race. And I find it interesting that the most explosive topic in Ms. Sherrod's speech is the question of economic classes in America. Which makes me think, too, Mr. Herbert is missing the mark. There is no way we’ll overcome those divisions if people who should know better keep bowing before and kowtowing to the moneyed class whose overriding goal is to hang on tightly to what's theirs and to exploit anyone and everyone to get it and keep it. Those are the blinders we have to remove first, if we are going to start to remove the blinder of racism in this country.

That's what Shirley Sherrod was saying; and still, nobody wants to hear it. That's a lesson Will Campbell almost 40 years ago. It's the one we all still need to learn.