Everyone holding out for a hero.... 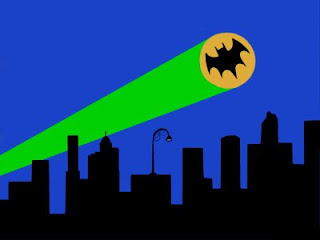 Sorting through the recent news trying to make sense of it, I start with this lucid observation:

...Romney’s reaction to the Bain Storm is very much of a piece with the way assorted hedge fund managers, bankers and other Masters of the Universe have responded to even the slightest criticism from Obama — with as much shock as outrage.

Over the past 20-25 years these guys have gotten used to extreme deference from BOTH parties (think Cory Booker and Ed Rendell) and like to think of themselves as rational beings who are far, far above the partisan sandbox in Washington, up there in the financial heavens, doing the Lord’s Work — to quote Lloyd Blankfein.


And one of those people doing the Lord's Work has descended from Olympus to explain to us mere mortals the errors of our ways.  Edward Conard was on "UP with Chris Hayes" this past Sunday morning:

CONARD: I think the problem with defending it, for Mitt, I’m not speaking for Mitt [...] people look very close at the micro, get their nose close to the paper and say, ah-ha there is a job that was lost and went overseas, and we can speak about Bain. On a macro level we can see 20 million immigrants came into our country, there’s net insourcing, not net outsourcing. We were growing the economy fast enough that we were pulling the employees into the country, more than sending out of the country. Of the 40 million jobs created, 50 percent were created at the highest end of the wage scale, 40 percent of the jobs in the 1980s were at the highest end of the wage scale, so, there was a disproportionate increase at the high end of the wage scale over that, over that period.

That's a fairly typical of what he had to say.  Mr. Conard was very concerned with the "macroeconomic" view of the world, a view in which, from a far enough distance, everything is beautiful and nothing hurts, and the financial crisis we are all now suffering through was caused by government interference; or something.  His argument here is a textbook example:  all those people in America who lost jobs were balanced by all the immigrants who came here and found jobs.  A job is a job to Mr. Conard, and it's the job that matters:  not who is employed, or how they are employed, but only that jobs are being filled by warm bodies.  Interesting jobs, remunerative jobs, humane jobs?  Who cares?  And if those 20 million immigrants mean 20 million people already here are unemployed, well, the unemployment number is still offset by the immigrants, so it's still all good!

Or something.  Jobs matter.  People?  Well, sucks to be unemployed.  Not that Mr. Conard can imagine that.  Still, Mr. Conard is a very serious person because he wrote a book and he got rich alongside Mitt Romney and besides he's on TeeVee (even if it is basic cable) and you aren't.

The Higgs boson explains why particles have mass -- and in turn why we exist. Without the boson, the universe would have no physical matter, only energy.

The cosmological implications are hotly debated. Can God fit in a scientific story of creation?


Because honestly, anybody still having that argument is too illiterate to engage in the discussion.

This entire article is simply gossip in search of a controversy.  The idea that faith in God is inextricably linked to God as Creator-in-ways-science-cannot-explain is a post-Enlightenment chimera on par with the "How many angels can dance on the head of a pin" slander of the Renaissance (that was a Renaissance joke about medieval theologians, not an historical concern of medieval theology).  That is, something like it may be true for some people, but they don't care about Bosons and quantum mechanics anyway.  On the other hand, and underscoring the idea that there are narratives which are zombie lies that never die:

Unexpectedly, liberal Christianity is--in some congregations at least--undergoing renewal. A grass-roots affair to be sure, sputtering along in local churches, prompted by good pastors doing hard work and theologians mostly unknown to the larger culture. Some local congregations are growing, having seriously re-engaged practices of theological reflection, hospitality, prayer, worship, doing justice, and Christian formation. A recent study from Hartford Institute for Religion Research discovered that liberal congregations actually display higher levels of spiritual vitality than do conservative ones, noting that these findings were "counter-intuitive" to the usual narrative of American church life.

I like what Ms. Bass has to say aside from her conclusion.  Sadly, if you go to the comments there, you'll get a lot of the blinkered nonsense of the sort that says the Higgs-Boson is going to destroy all religious faith soon.  Or something.

Ignorance, in other words; displayed proudly.

Honestly, some days it's not worth engaging your fellow humans on anything, because reality is so counter-intuitive to the usual narratives.  Did I mention that the "liberal "churches Ms. Bass identifies, the ones reviving by bringing in some Pietism (she won't name it, I will) and old-fashioned spirituality (still Pietism) are presenting narratives completely contrary to that of the Masters of the Universe and their sycophants?  And that the last Batman movie promises to examine that very question (rich white guy saves city because he can afford to, and what response does that provoke?), albeit without Marx of Jesus (I assume).