Reinventing the reinvention of the wheel.... 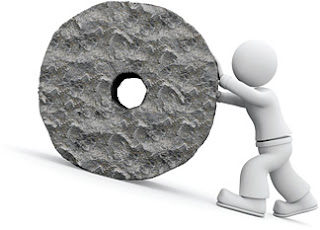 "The motif of the circle will obsess us through this cycle of lectures."

Just noted in passing, but I learned this:

in seminary, almost 20 years ago now.  And it wasn't  news then, either; nor a radical Marxist reinterpretation of the gospels.  It was very old news:

Those of you who've been around here, or search my archives, know that verse is a favorite of mine.  The very idea that care for the poor is care for all is an "iron law," in that it dates from the Iron Age, at least (well, late Bronze, I suppose, to be accurate).

When I hear the prating about human "progress" and the "march of civilization," and especially of how much more we know now than our ancestors knew then, I pause and consider how many times we are going to rediscover fire and reinvent the wheel, before we move on.....