"Who Can Replace A Man?" 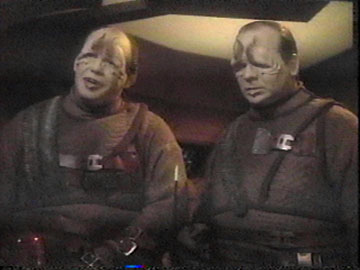 We are all Pakleds now; or at least, we aspire to be.

A computer has learned to play Go.  Can a computer learn to drive a nail?  Raise a wall?  Make sure a floor is level, a stud plumb?  Can it re-model a house and deal with what it finds there?

I ask because "A.I." is always discussed in terms of what computer programmers do.  How many computer programmers can do simple carpentry tasks?  How many could replace a wall switch, wire a light fixture for two switches, lay a new floor in a bathroom?  I've learned to do some of these things from YouTube.  Could a computer learn to do them?   And if it learned them, how would it do them?  Which is a more useful skill, or even a display of intelligence:  learning to play a board game, or learning to figure out what to do when you open a wall and wonder why it was built that way in the first place, and how do you correct it now?

I've yet to do the simplest home-repair/improvement project and not wonder what the people who were obviously there before me were thinking.  Can a computer program figure that out?  Can it decide what meals I should plan for this week, and then prepare them?  Can it alter a recipe because of tastes, or because of what's in the pantry, the refrigerator, the freezer?  Can it set the table, clear the table, load the dishwasher, empty it again, know when it's ready to run?  Can it, in other words, perform the daily tasks of living?

It can play a board game better than experts.  Can those experts remodel a bathroom?  Paint a wall?  Hang a window shade and curtains?  Replace a light fixture?

I've done jobs and tasks that, while they are aided by modern technology, are still matters of physical labor.  My great uncle the carpenter would find the job a little faster today with power tools, but not substantially different.  I've worked for a caterer, and the labor is intensely physical.  Yeah, the mixer does the stirring, but you have to load the pans, unload the oven, prep the food (even with a food processor for some chopping tasks), cook it, load it into the van, set up when you get there, clean up, take it down, take it back, clean up again.  Are computers learning to do that?  To bus tables, to fill glasses, to remove dirty plates and bring more chips and more coffee?

I can think of tasks computers can "learn" to do (if we define "learning" in the most reductive way possible, a way below that of the youngest child learning a language).  But is learning to play board games a useful function of intelligence, even a useful measure?  Playing a board game like Go is supposed to take rarified skills:  but a carpenter can assess my need for a new wall, gather the materials, do the work, adjust to unforeseen circumstances (who knew the wall would look like that inside?) and adjust based on experience (learning) that computers have to learn to learn to learn how to do.  Just yesterday I saw an episode of "This Old House" that was new to me, where Tom Silva oversaw three apprentices removing materials around a front porch to determine why it sagged and how to fix it.  Silva knew from experience what should be there, and how to assess what was damaged.  I suppose a computer could be programmed to do that, but why bother?  And could the computer do the work?  Does what Mr. Silva does not require intelligence?  I might whip him at Go (or not), but his knowledge of carpentry and construction far exceeds mine, and is frankly much more valuable than my knowledge of literature and theology, or the strategies of a board game.

And what is the value of knowing how to play Go?  It's pleasurable for me; but what's in it for the computer?

I dunno; but I think we're still defining "intelligence" as much too small a range of concepts.  (And no, I still don't have any use for IQ, for much the same reason.*  Even if it more accurately applies to the population rather than the individual, it's not an idea that really provides that much insight into the human condition.  No more than A.I. does.)


*Hume pointed us to the distinction between analytical and synthetic statements.  The former are basically statements of the banal:  "This stone is heavy" (Or:  weighs this much on this scale of measure).  The latter are judgments, and non-objective:  "This flower smells nice, and is pretty."  You can't argue with it, but it doesn't really establish anything.  If all statements divide into this dichotomy, then measures of intelligence are synthetic, not analytical, since no one can define "intelligence" the way we can define pounds or grams.  If you're going to tell me it matters in populations I'm going to tell you you're chasing your tail and referencing "intelligence" because you think you make things go and that makes you smart.