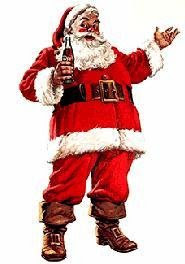 "Unfortunately, I will not be able to purchase many of the toys that my sons have asked for; we simply don't have the money," wrote Todd Helmkamp of Hudson, Ind. "By bombarding them with advertisements ... you are placing parents like me in the unenviable position of having to tell our children that we can't afford the toys you promote."

The Toy Industry Association has responded with a firm defense of current marketing practices, asserting that children "are a vital part of the gift selection process."

"If children are not aware of what is new and available, how will they be able to tell their families what their preferences are?" an industry statement said. "While there is certainly greater economic disturbance going on now, families have always faced different levels of economic well-being and have managed to tailor their spending to their means."

Right. Children are moral agents with developed senses of boundaries and capacities, and understand the limits and limitation of and on their appetites, and are fully deserving of an equal place at the table when it comes to family decision making about purchases. Which is why the legal age of majority protecting children from the consequences they can't foresee or even understand arising from their decisions are so...unnecessary?

Of course, the toy industry imagines itself to be invisible and bulletproof, because parents fear disappointment more than anything:

The toy industry is commonly viewed as recession-resistant, due largely to the parent-child dynamic.

"Parents have trouble saying no," said Allison Pugh, a University of Virginia sociology professor. She says parents often buy toys to avoid guilt and ensure their children feel in sync with school classmates.

"Even under circumstances of dire financial straits, that's the last thing parents give up," said Pugh. "They'll contain their own buying for themselves before they'll make their child feel different at school."

In fairness, I wouldn't blame just the toy industry. Houston, we have a problem:

Amanda Almodovar says she encounters such families in her work as an elementary school social worker in Alamance County, N.C., where homelessness and unemployment are rising.

"I had one parent who said she'd prostitute herself to get what her child wants," Almodovar said. "It's heartbreaking. They feel inadequate as parents.

"I try to tell them, worry about your home, your heating bill — but they're the ones who have to look into children's faces, the children saying 'I want this, I want that.'"

There is such a thing as teaching your children; and feeling inadequate because Xmas morning won't resemble a retailer's wet dream on TeeVee is...well, that' says a lot about the culture.

Of course, on the same page as this article, I get an ad about "Rich Dad's Education: Uncover Secrets to a Secure Financial Future."

Is it over yet?