Everything Old Is New Again, Watch 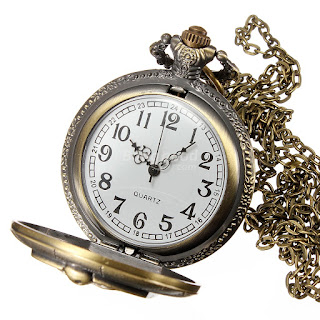 No, not that kind of watch!

Really, I should start a tag.

So here again technology is going to fundamentally change our world and there's nothing we can do about it but get on board to the future!

Here’s what I think the future sounds like: You will get in your car and say, “Play my news briefing, plus all of last night’s baseball scores, including highlights from the Yankees game. Oh, and give me last week’s Vows column from the New York Times.” Then, like magic, your audio system will assemble this playlist. That news briefing you asked for? It will come from sources you pre-selected, places like NPR and news organizations yet to be created. If you don’t know what you feel like hearing, you’ll ask your system to surprise you. If you don’t like what you hear, you’ll tell it to skip to something else.

No, it won’t sound the same as Morning Edition and All Things Considered, but you will get the information you want when you want it and in the order you want it. And with nothing you don’t want. Even breaking news alerts will be tailored to your interests. In the audio future, you’ll never have to hear a story you don’t care about again.

This isn't that different from radio before NPR.  There was no long-format news broadcasting when I was a child.  Maybe there was a bit more in the days of Edward R. Murrow in World War II, but I imagine more of that was still done by newspapers than by radio.  NPR changed all that, albeit very slowly and somewhat ploddingly (and even ATC and Morning Edition don't do the 20 and 30 minutes stories they used to.  The longest are 15 minutes, or are taken wholesale from some other program.  NPR reporters never do a story that takes over 10 minutes anymore.)  So what technology is doing is taking us backwards.

And further back than we really should go,  One of the reasons for "objectivity" in journalism is that all newspapers used to be, by modern standards, blogs.  Sure, they reported the news, but not in accordance with journalistic standards as we would recognize them.  Newspapers were marketed to particular audiences, and the landscape was very fractured and Balkanized.  Newspapers had a "slant," they sold themselves to a particular audience, they catered to the crowd that read them (much as the Wall Street Journal still does).  Which is all this new technology is promising.  Back to the future!

Or really, just the past.  The internet was supposed to bring us together, creating a global community, a world-wide village.  Instead, we choose our news and learn only what we want to know.  Every man his own Donald Trump seems to be our motto, where we all pay attention to only the news stories that interest us (Trump, according to the Hollywood Reporter, seems to be aware only of news stories involving the name Trump).  This is progress?

"Even breaking news will be tailored to your interests."  You know, by and large I can do that now, without "magic" technology.  It's called attention, and if NPR or BBC runs a story I'm not interested in, I turn the sound down or just stop paying attention.  Indeed, if the news was too tailored to my particular interests it would be as distracting as holding a cell phone conversation while driving.  I'd want to hear everything selected for me, and not miss a thing (because how could I afford to?), and I'd end up paying more attention to what my radio was doing than to what my car was doing.  And "You'll never have to hear a story you don't care about again?"  What if I do want to hear it?  Must I concentrate on what my "magic" technology provides and think hard about saying "Stop!" to end something boring, or listen carefully to see if it's intriguing, valuable, useful, informative, good?

And this is better than looking down to change channels on my radio?  Another source of mental distraction in the car is what I need and want?

If this is the brave new world, call me a Luddite.  For this, I'll wear the label proudly.