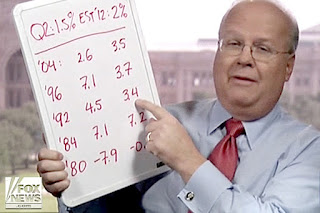 Just noting the narrative, where context is all.

So which poll is the one all news reports are still talking about?

This will play into the narrative that the Democratic primaries were rigged because exit polls.  No, seriously, that's the new frontier in Bernie support:  he wuz robbed!

Again, after every election somebody cries "FOUL!" and there may even be some basis for it.  I don't like voting machines, period; but then again, paper trails can be corrupted as easily as digital ones, although either would require a massive conspiracy on the order of what Mulder and Scully fell into.  Which is why I don't accept them based on one analysis, and why the burden of proof is on the person making the allegations.

Of course, if exit polls are so completely accurate, why does the only exit polling company in America do this?

When the polls close in each primary, media organizations release the full exit polling data. Afterwards, Edison Research compares them to actual voting results and makes adjustments. For instance, the exit polls initially showed a 4 point win by Hillary Clinton in New York at 9 PM, but were changed to 12 points at 9:45 once Edison obtained voting results.

In the meantime, we're all still talking about a California poll which is probably an outlier because  "Horse Race."  But if Hillary wins California, it will be more proof of corruption and voter suppression, especially if she wins by more than 2 points.

*There are more general reasons to ignore exit polls, too.