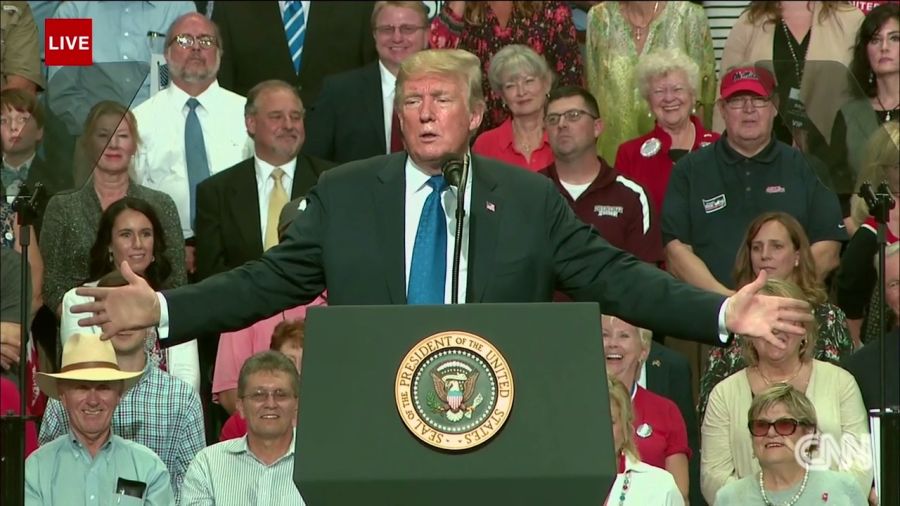 So many white people....

William Saletan nicely sums up the general response to Trump's representation of what Dr. Ford testified to in front of the Senate Judiciary Committee:

Ford doesn’t recall exactly when the alleged assault happened or how she got there. She has described the interior of the house, but she doesn’t recall whose house it was. That much is true. But the rest of Trump’s riff was sheer fabrication. It misrepresented Ford’s testimony, Kavanaugh’s testimony, and Mitchell’s memo.


If you need Trump's words, here they are:

“Where is the place?”

“How many years ago was it?”

“What neighborhood was it in?”

“Upstairs, downstairs, where was it?”

“I don’t know. But I had one beer. That’s the only thing I remember.”


Mr. Saletan can give you the details of what is factually wrong with all that (and maybe send a copy to Sarah Huckabee Sanders).  But Dr. Ford's sister's response is a far better one than engaging Trump lie by lie:

“It was really terrible and I think it’s painful to have these difficult experiences shared and processed publicly,” she said.

“It’s really terrible to be challenged and have the key points misrepresented. I think for everybody who listened — there was a lot of discussion about how memory works in somebody who has experienced trauma,” she said.

Mendler added, “There is a very strong consensus of how people retain memories after a traumatic event, and the president wasn’t reflecting on that. He was choosing to not take in that information. It’s really a shame and a lost opportunity. I think it’s disappointing.”


Sure, Trump's supporters in Mississippi and elsewhere are going to yell "Yar!  Boo!", but do you really want to engage them in a discussion?  Charlie Pierce is right:

We never have had a president* so completely deserving of scorn and yet so small in the office that it almost seems a waste of time and energy to summon up the requisite contempt.


He's right about Trump's audience, too:

Watch him again, behind the seal of the President of the United States. Isn't he a funny man? Isn't what happened to that lady hilarious? Watch the assembled morons cheer.


Sometimes it really is pearls before swine.  Sometimes the best response really is just to "vote 'em out!, And in the meantime, to be disappointed.