For The Time Being 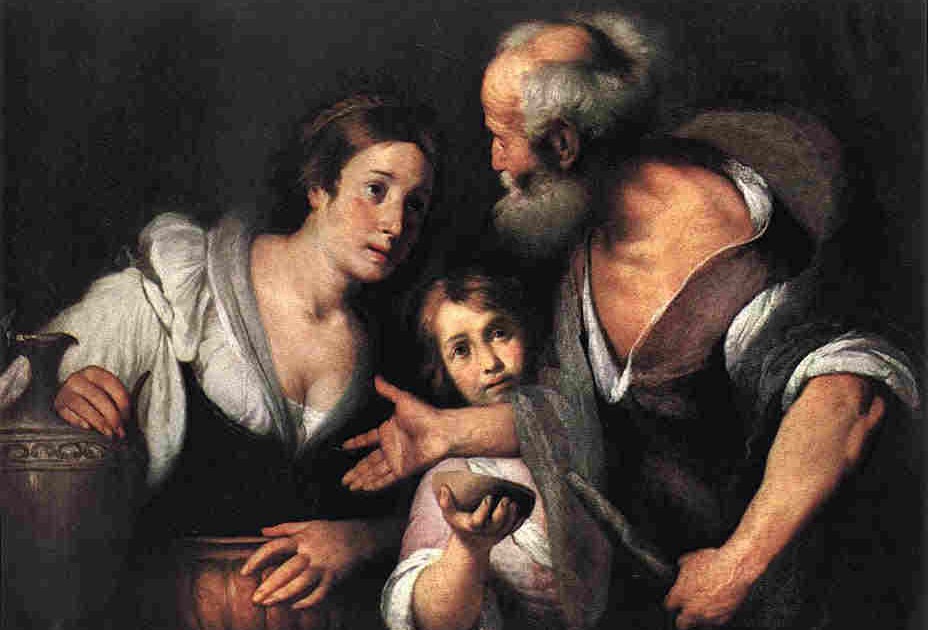 
I have flour. But do I have enough flour?

Yes, probably. I use it for baking and cooking, but I don’t need more right now. Which is a good thing, because I can’t get it. My grocery store is out of flour. Completely. Absolutely. Totally. None to be had. And this produces anxiety.

My pantry is the store, not my shelves at home. I can go to the store any day and get “more.” Now I can’t. I don’t need the flour, but if I can’t get it freely, easily, adequately, I feel like I don’t have enough.  I'm anxious that I'll run out of flour even though I have four loaves of bread in the house right now; three of those in the freezer.  I'm not baking or planning to bake anything; but what if I run out of flour?  What will I do then?

Are we seeking control by hoarding? Maybe. But when people panic and hoard, panic spreads.  And panic doesn't start with hoarding.  Panic starts with a lack of faith.  No, not religious faith; but faith as trust.  Panic starts when people lose trust.  So they fear public gatherings, and decide they'd better buy the staples that will last (paper products, meat, frozen vegetables) so they can stay home.  More people than usual descend on the stores, and the shelves start to thin.  This prompts another round of panic:  my pantry is running out!  Dried beans, flour, sugar, canned soup.  Anything non-perishable begins to leave the shelves, and as it leaves more people panic and strip the shelves bare.  Locusts are not a species per se, but a transformation of an insect in times of stress and scarcity.  Locusts, of course, create more scarcity.  A locust swarm is a response to pressure, to panic, to want.  We are not in a time of scarcity, but we are afraid.  Forget about the irony of racing to the store to stand in line to get in, and fight through crowds to strip the shelves of meat and grain, then stand in more lines to check-out; focus on the fear.  And then think of the people not driven by fear but not driven by simple need. Not everyone stores vast quantities of food in freezers and refrigerators and pantries.  Some, like my daughter, have a refrigerator, nothing more.  They shop frequently, not once a week or less.  And now the stores are stripped bare, and where do they go?  The people who were too busy or are too late getting to the ravaged stores, what of them?

I wonder why that is, that we've lost trust?

"I want to thank Google," Trump said. "Google is helping to develop a website. It's going to be very quickly done, unlike websites of the past, to determine whether a test is warranted and to facilitate testing at a nearby convenient location." The comment appeared to be a reference to the botched rollout of Healthcare.gov, the website used for the US government's health insurance exchange, which was premiered by President Barack Obama's administration. [Because, of course...]

Officials in the state of California were stunned Friday to see the White House present their graphic for a modest pilot program that California's been developing with Alphabet as if it were a Trump administration program that was a nationwide initiative and ready to go, a knowledgeable source told CNN's Jake Tapper.

Still, a White House official, in reaction to Google's response, doubled down Saturday, telling CNN that "the Trump administration is working with Google to develop a website Americans can go to determine whether a test is needed and, if so, facilitate testing at a nearby location. We expect to have more details in the days ahead."

In addition to saying Friday that the website would be developed quickly, Trump claimed that 1,700 Google engineers were working on the project. Vice President Mike Pence later added the administration would be able to provide an update on the timing of the website's launch by Sunday night.

During a White House briefing Saturday, Pence attempted to clarify when the Google website announced Friday would be widely available. He said Google is planning to launch the website on Monday, but added that launch will only be available in the San Francisco Bay Area. He said the goal is to expand that site to other areas of the country.

White House Coronavirus Response Coordinator Debbie Birx held up a sign at the Friday news conference that indicated users who showed symptoms would be directed to drive-through clinics. From there, users' test samples would be shipped to labs, and patients would be able to view their results from a "screening website."

It was unclear if Birx was referring to the Verily website. Verily did not immediately respond to questions about Birx's sign, nor to questions about the accuracy of Trump's claim about the number of employees involved or about Pence's claim concerning the timing of the launch.

Well, and there was this, too:

This was not the only plan Trump oversold. His vow that Americans could go to testing sites in places like their local Walmart parking lots was premature. Several key participants said the plans were overstated, including the timetable and number of sites.

Some state and federal health workers — who would be responsible for performing the tests — were caught by surprise, although a White House aide said administration officials were on the phone throughout Friday with some state and local officials in virus hot spots to discuss plans for new testing locations.

In addition, representatives from CVS, Target, Walgreens, Walmart and other retailers said after Trump’s announcement that they still did not yet know exactly how the tests would be administered or other basic details, including when or where they would begin.


Nothing Trump said is true or accurate, but it makes Trump look good (and more importantly, feel good), so the entire apparatus of government is insisting the naked emperor is clothed in splendor and regalia.  Nothing Donald Trump has said has been true or accurate since the first case of novel corona virus was announced in China.  Nothing his government has done has been of any aid in responding to this disease, which is now a pandemic.  His latest word on it has been "SOCIAL DISTANCING" in one tweet, which makes no sense to anyone and makes him sound like Brick Tamland in "Anchorman" shouting "LOUD NOISES!"  Then he tweeted about the stock market recovery is if that were the most important news of the week.  Everyday he has spoken, the markets have fallen, and people see even more damage being done.  Every closure of a school, a museum, a festival, means people out of work, probably out of a paycheck or two or three, or more.  It means financial calamity and more uncertainty and the future is even less trustworthy and the person ostensibly in charge is shouting words on Twitter as if he doesn't know their meaning, and making empty bullshit claims because it makes him feel better to do so.  Maybe that's the reason; who honestly knows anymore?

And the thing is, this is not even a famine, and there isn't an Elijah among us, or a faithful widow to set an example for us.  My daughter, in Denver, said she couldn't find toilet paper in any store (via websites) closer than Rio Rancho, New Mexico.  There's something crazy about that.  It's not like all our forests have burned in a firestorm, or all our factories were destroyed in a cataclysm, or all shipping across the country has ground to a halt.  But how many people will grab the paper goods off the shelves as quickly as they are shelved, in desperate fear of being "without" again?  We are quite a bit better than this; and quite a bit less in need of full shelves to make us feel all is indeed right with the world.

This is a difficult time.... But we'll get through it--if we get through--with patience and sharing.

Oh, we will; we will get through it.  This is a crisis of faith, and it turns out we don't have any.  Not faith in an ultimate, but simply faith in our systems.  It's the individualist nature of our culture.  It's materialism and greed.  It's selfishness and inhumanity.  Or maybe it's none of these things.  Maybe we need a fundamental realignment of our values; but that's not going to happen soon, or just because of this.  What we need now is to act individually and think of others as individuals, too; and treat them the way we want to be treated:  as persons, with patience and sharing.  Right now, we just need to get through it.