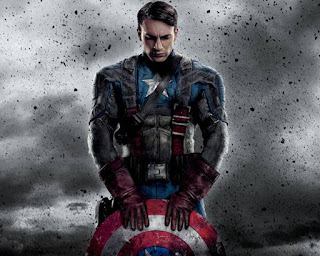 As a kid and consumer of comic books, I was never a fan of Captain America.  Fantastic Four and the Hulk and even Dr. Strange, yes.  Captain America?  Not really.

He is, however, my favorite comic book movie character, and I put that all down to the acting of Chris Evans.  I see now I should put it down to his humanity and decency, which is ultimately what I like about his portrayal of Captain America:


I don't hate them. That's YOUR method. I love. Try it. It's stronger than hate. It unites us. I promise it's in you under the anger and fear https://t.co/RGnH4rrblq
— Chris Evans (@ChrisEvans) February 13, 2017


I don't even know where to begin. This man has no place in politics. Shameful. I truly hope that someday you learn to choose love over fear https://t.co/zwTLvKR4Gt
— Chris Evans (@ChrisEvans) March 12, 2017

Seriously.  I love this guy.