Be Careful What You Ask For.... 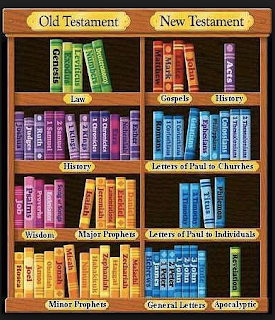 The fun part of the internet is being able to quote things; it's easier than writing it yourself.  I was just browsing this Atlantic article on the idea of teaching the Bible in public schools, because it said pretty much what I'd already said, except I wish I'd said this, too:

And this only addresses issues of historicity and interpretation. The social teachings of the Bible could also create issues in a public-school setting. A recent thesis project in sociology at Baylor University suggested that increased Bible reading can actually have a liberalizing effect, increasing one’s “interest in social and economic justice, acceptance of the compatibility of religion and science, and support for the humane treatment of criminals.” Every community that reads the Bible places unequal stress on certain books or passages. While evangelicals are generally more politically conservative, teachers in public schools might choose to emphasize the Bible’s many teachings on caring for the poor, welcoming the immigrant, and the problems of material wealth.


It's the reference to sociology at Baylor (a Southern Baptist university, ironically) that really piqued my interest, because the claim is not one based on my own theological predilections.  It's also just the matter of hermeneutics, and once you stop treating scripture as sacred and claiming the only hermeneutic to be applied to it is the one your religious community approves of, all manner of uncomfortable things can happen.  I mean:  I think that's the proper interpretation of Scripture; but this study provides evidence that interpretation arises from simply reading Scripture without a narrow frame of interpretation applied to it.  Read the Scriptures as a text, and all manner of uncomfortable things might arise from it.

I prefer to call these things "truths," but we can just agree it could make you think thoughts, and not just about the historical nature of the scriptures (does Genesis describe a literal event, or a theological claim on the nature of God and of creation?), your parents might not want you to think.  Which, most parents would agree, is not what public education is for.

"Conventional wisdom," after all, as Jaroslav Pelikan point out, "is the dead faith of the living."