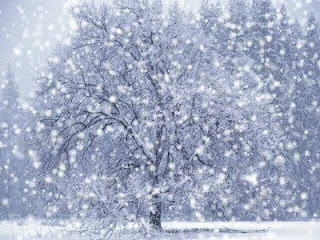 Okay, it's 38F, and it looks nothing like that picture, and it isn't so much as sticking (and in fact, is barely snowing), but the prediction is for 2-4" (which means it's gonna have to get colder, which is bad, because it's gonna get icy first, and I'm a freeway or two away from home.). And for snow that was promised at 8 p.m. to come at 8 a.m. on near-enough-for-dammit the Texas Gulf Coast, well, it's about as exciting as December gets.

Especially since we could well be back up to the 70's by Christmas Day. Ya never know.

(I couldn't resist adding it.)