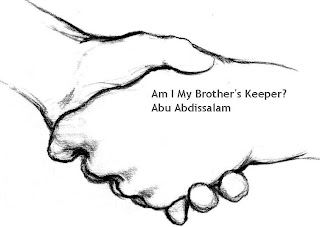 The widow of an Internal Revenue Service employee killed when authorities said Andrew Joseph Stack III flew his plane into an office building has sued Stack’s wife, saying she should have warned others about her husband.

According to the seven-page lawsuit filed in Travis County court, Sheryl Mann Stack had a duty to “avoid a foreseeable risk of injury to others,” including Vernon Hunter, who was killed Thursday.

“Stack was threatened enough by Joseph Stack that she took her daughter and stayed at a hotel the night before the plane crash,” the suit said.

Dan Ross, an attorney representing Valerie Hunter said, “There are reasons why we wanted to get a lawsuit filed early, not because we wanted to hurt anyone or anything like that.”

He said that his client is interested to know if any insurance proceeds might be available that the Hunter family would be entitled to.

“This is the proper way to determine what assets, including insurance, would be available for Mr. Hunter’s wrongful death,” he said.

I wish someone in the legal profession would chime in here and let us know just what exactly the Hunter family could stand to gain from this lawsuit. Mr. Stack committed suicide, which rules out any life insurance payout, doesn’t it? He set his house on fire. No insurance payment there, right? It just seems to me that Mrs. Stack and her daughter are victims here, too. I’m just asking.

I understand the explanation by the lawyer, and don't even challenge it. The legal grounds, though, for Sheryl Stack warning others about her husband's intentions, is unclear. Perhaps discovery is supposed to reveal that. But lawsuits are not supposed to be filed on purely speculative grounds, even if a valid cause of action is presented. And I don't know what that cause of action would be, aside from some version of "failure to warn."

One thing, though: the appellation of "hero" so quickly applied to Mr. Stack after the incident, now fades in the light of day. In movies there are explosions and deaths, and we are trained to cheer the protagonist who causes, or avoids, all this carnage, just as we believe (from the student papers I've just read) that owning a gun is a requisite to personal safety and self-defense. In real life, of course, the majority of us are safe without firearms, and being in possession of a weapon seldom makes you invisible and bulletproof, otherwise no police officer would ever be shot. In real life, bullets go where physics takes them, not human will. And violent actions destroy real human lives, not mere abstractions like political positions.