I read the news today, 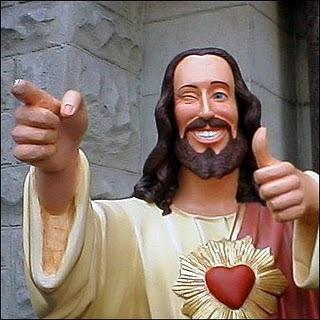 Kenneth Starr, the former special prosecutor who took on President Clinton over the Whitewater and Monica Lewinsky scandals, will be leaving his post as dean of Pepperdine University School of Law this spring to become president of Baylor University in Waco, Texas, the schools announced Monday.

In a statement posted on Baylor's website, Board of Regents member Joseph B. Armes said Starr was "a fifth-generation Texan who, throughout his distinguished career in law, the academy and public service, has been an articulate advocate for Christian ideals in the public square."

It's not exactly stunning that I say Mr. Armes and I clearly have very different views of what "Christian ideals in the public square" are. The article pays more attention to Starr's advocacy for Proposition 8 in California than his involvement as the Special Prosecutor of Bill Clinton.

I will say, in defense of Baylor, that it is a fine school which has always provided a fine education despite the administration. Or, well, that's the Baylor I knew through friends who went there 30 years ago. Times do change, after all:

Baylor is different from public universities, [Bradley Toben, Dean of the Baylor Law School] said, a difference underscored by Baylor 2012, which calls for the the world's largest Baptist university to marry biblical principles with cutting-edge research.

The goal, according to Jeff Reeter, managing partner at Texas Financial Group in Houston and former chairman of the Baylor Development Council, is to allow Baylor to "focus in on academic excellence with a backdrop of biblical truth."

"Baylor has a unique position in our world that many in academia think is a difficult position," he said, noting the often-mentioned conflict between science and biblical beliefs, including creationism or intelligent design. "We feel that is part of our calling. I think Baylor believes the two things can not only coexist, but they can powerfully coexist."

"I think it's very important that the next president understand Baptist culture," he said. "Matters of faith, morals, values become very important in animating a university with a faith mission.

"At the law school, for instance, we impress upon our students that they had better be in this profession because they have a deep, internalized desire to serve others."

The Southern Baptists (from which Baylor stands apart, or used to) did an excellent job of "serving others" during Hurricane Katrina. But hiring Ken Starr as the school's President does make me wonder who the "others" are who students will now be encouraged to serve.