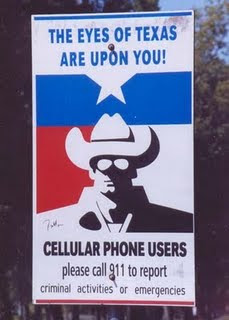 I have no idea how long this ruling will last because I haven't read the particulars of the judge's order, and I'm not an expert in death penalty law and the Constitutional issues:

A Houston judge who declared the death penalty unconstitutional Thursday clarified his ruling in an impromptu hearing Friday, saying he ruled the procedures surrounding the process in Texas are illegal.

During Friday's hearing, prosecutors filed motions asking state District Judge Kevin Fine to reconsider his ruling and also to proceed with April's death penalty trial of John Edward Green Jr. Fine maintained at the hearing that he believes innocent people have been executed.

On the other hand, in the New Yorker article on what was certainly the execution of an innocent man in Texas (and what may well have been on Judge Fine's mind, if not in his order), there was this note:

Maybe we're about to see that issue reviewed by the court. I kind of doubt it, since the evidence of other innocent people being put to death is probably not present in this case, and can't get admitted (off the top of my head I don't know how that evidence could be admitted in a trial. but it's not impossible. From news accounts, it just doesn't sound like this case is far enough along to have permitted the presentation of such evidence, and so the court has, I assume, taken "judicial notice" of such facts. Whether the court can even do that is another question.)

I also have to note this is a ruling in Harris County (where Houston is), which is indeed the county "which sends more inmates to death row than any other in the nation." It would be nice if we gained notoreity for being the beginning of the end of that reputation.