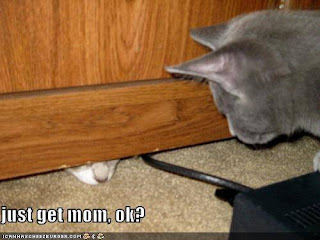 It is announced wherever, reflecting without flinching, a purely rational system of analysis brings the following paradox to light: that the foundation of law--law of the law, institution of the institution, origin of the constitution--is a 'performative' event that cannot belong to the set that it founds, inaugurates, or justifies.

I just want to soak in that for awhile, to meditate on it, to roll it around in the mouth of my mind like a sip of cognac; enjoy it before swallowing it and making it disappear.

We are getting to the marrow bone of Lent, now.

In seminary, my New Testament professor told us about a seminar he took where they spent a semester looking for precedents and parallels to the story told on Maundy Thursday in Christian churches:

11:23 For I received from the Lord what I also handed on to you, that the Lord Jesus on the night when he was betrayed took a loaf of bread,

11:24 and when he had given thanks, he broke it and said, "This is my body that is for you. Do this in remembrance of me."

11:25 In the same way he took the cup also, after supper, saying, "This cup is the new covenant in my blood. Do this, as often as you drink it, in remembrance of me."

11:26 For as often as you eat this bread and drink the cup, you proclaim the Lord's death until he comes.

And they could find no precedent for it. The common mockery abroad is that it's a form of cannibalism. Fine; and the healing miracles in the Gospels are forms of shamanism, and the resurrection story itself a form of Greek hero worship. Perhaps. You can see it that way if you wish to; but it doesn't have to be understood that way. There is a reality, a spiritual reality, which either you know, or you don't know; and I find the dominant paradigm that such a reality is not known, and therefore is not real, to be tedious in the extreme. I'm familiar with the concept of the "God Spot" and I am not interested in it only because it is more of the materialism exemplified by Robert Wright, that is, a position that assumes it is true and then sets out to establish its validity. It is no more impressive to me than arguments for the existence of God, which start with the same unexamined assumption. So many such atheists and non-believers decry the attempt to "impose" religion upon them, yet feel quite content to impose their denial of this reality on me. Feh.

As I was saying, my professor and his colleagues could find no precedent for this story, no parallel in ancient literature. There are examples of blood sacrifice and rituals from Mithras, but they are anachronistic to Christian practice, and not parallel to it at all. The very phrasing of the command, the description of the ritual, is almost impossible to explain. What is the purpose for the recipient, except to eat this food in remembrance of their Lord? Because he supplied it? No, because it is his body. But what does that mean? There have been many interpretations over history, but no guiding principle is laid down in this story, or in any of the Synoptic Gospels. It remains a mystery almost sui generis. But it retains a powerful meaning for believers across space and across time. To have survived this long, it must mean something; at least to the participants who continue, generation after generation, to come new to it, and to remain true to it.


Image via The Wounded Bird