The Real Problem of Resurrection 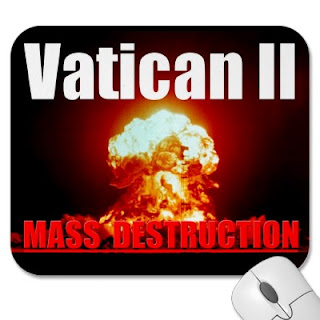 I haven't commented on the scandal in the Roman Catholic church in large part because I'm not RC, and it's a complicated issue that, clearly, the Vatican is handling badly (but what other institution would be any different?). So I have enough to deal with without pointing out the splinter in my friend's eye. Besides, there seems to be a great deal of division in the Church itself. From New York:

Asked about the Church's response to ongoing sex abuse scandals, the Archbishop was upbeat, saying, "Nobody nowhere has confronted this crisis... better than the Catholic Church."

The Archbishop also claimed that the Church keeps implementing "solid, sound policies" that are working, and which people are saying are "better than ever."

And from the Archbishop of Dublin:

This has been a difficult year. We see how damaging failure of integrity and authenticity are to the Body of Christ. Shameful abuse took place within the Church of Christ. The response was hopelessly inadequate. I do not wish to give the impression that I want to go on forever hammering home a message of grief about the past, that I am obsessed with the past. Some ask me: “can we not leave all that aside now, proclaim closure and move on?”

I cannot agree. There can be no overlooking the past. There is no short-cut in addressing the past. The credibility of the Church in this diocese of Dublin will only be regained when we honestly recognise the failures of the past, whatever our share of responsibility for them. There can be no rewriting history. There is no way we should impose fast-track healing on those whose vulnerability was abused.

That said, I appreciate the Acbhishop of Ireland's remarks, especially this:

And, what Athenae said:

And so instead of defending you, we are angrier than anyone else. Instead of excusing you, we say, we deserved better. Instead of helping to shield you by mocking journalists or blaming gays or bemoaning the exposure of child rapists as harshing our spiritual buzz, we're first in line to demand: Resign. Subject yourselves to the rule of the laws in the countries in which you live. Repent, as you so often are telling us to do for offenses like eating meat on Friday. Live by the rules of the God you claim to represent, and we'll just have to see if you ever earn back any of our respect. I don't think it's likely, but hey. Miracles happen.

In the meantime, we'll keep bringing bags of food to the altar, bread among the hyacinths, and carry on the work of your God while you cover yourselves in shame.