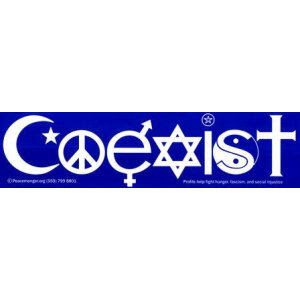 Stanley Hauerwas makes an interesting point, apropos of what I posted below:

That a theologian should be surprised about being a Christian may seem strange, particularly among folk who have little sympathy with Christianity. They often assume that theologians by definition must believe in what they think about. That, of course, is a deep mistake made, particularly in recent times. Many who become theologians in our time think their task is to try to determine how much of what has passed for Christianity they still need to believe and yet still be able to think of themselves as Christians.

Maybe that's what drives the "atheists" so nuts, and also drives them away from any serious consideration of theology: in the theologians (especially), but also just in ordinary Christians, they recognize a kindred spirit, and think: "There but for the non-grace of no-god, go I".

I mean, it's obvious the "atheists" like Shook and Dawkins and Harris are as rabidly evangelical about their views as the Christian fundamentalists they despise and caricature. All you have to do to get the Dawkins/Harris/Shook atheist point of view is to reverse Hauerwas' formulation: how much of what passes for Christianity does one have to reject in order to not believe and still think of oneself as an "atheist"? I know a lot of non-believers who aren't bothered by that question at all, but the atheists Shook addresses certainly seem to be consumed with answering that question.

It's an itch they can never scratch. Hmmm...maybe I should be more sympathetic to them. Or would that just drive 'em crazier?