State of the State of Texas 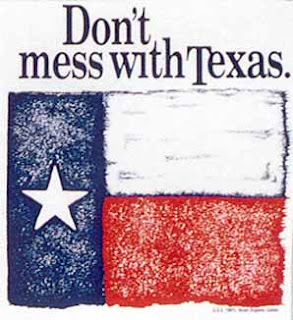 Burnt Orange Report gives a bit of a reason to be optimistic:

More than half of Texas' voters want lawmakers to spare public education and health care programs for children and lower-income families from spending cuts during the legislative session that starts this week, according to a new poll commissioned by the Austin American-Statesman and other newspapers.

Some 70 percent of respondents said lawmakers should not cut school spending, and 61 percent said they want no spending cuts on health care programs for children and low- to moderate-income families.

School districts have known this for over a year, but the proposed cuts are deeper than they ever imagined. This even gets discussed at school board meetings; but what newspaper, what TV news show, covers local school board meetings and puts the results on the front page or at the top of the 10 p.m. news? So it hasn't been reported, and what's going to happen is: teachers are going to be laid off in droves. The cuts are going to be absolutely savage, and no one will notice until their favorite teacher is fired, until class sizes balloon, until programs are eliminated and perhaps even schools closed (there is much talk of that in at least two cities in Texas. The school boards, as I say, know what's coming.)

As Texans, we always take care of the least among us.

The frail, the young, the elderly on fixed incomes, those in situations of abuse and neglect, people whose needs are greater than the resources at their disposal – they can count on the people of Texas to be there for them.

We will protect them, support them and empower them, but cannot risk the future of millions of taxpayers in the process. We must cut spending to keep our economic engine on track.

You can't do both, of course. Texas can't cut spending it doesn't spend anyway, and still support education and the poor who need medical care. It's simply impossible. (Not that Texas hasn't tried.) So the poor and the children will suffer for Rick Perry's determination to keep his campaign promise. And Texans might even take notice.

But only after schools have closed, and teachers and others have been laid off. Only after the bloodletting is so massive it can't be ignored. And it's all so Rick Perry can run for higher office:

During this session, Texas will prove again that fiscal responsibility, sound policy making and a passion for individual liberty are essential to the success of employers, institutions and families.

If we cannot exercise fiscal discipline in governing Texas, I doubt it can be achieved anywhere least of all in Washington.

With our nation mired in more than $14 trillion of debt, accountability and fiscal responsibility will not come from Washington – it will come from places like Texas.

Texas is still the engine of America’s economy, and we’re proud to lead the nation in Fortune 1000 companies, international exports and job creation.

For how much longer, though?

Last night Austin Mayor Lee Leffingwell released a statement saying: "The prospect of closing the successful central city schools clearly runs counter to our community's long term planning goals.” He added he does not believe parents will move into or stay in Austin neighborhoods if there are not good schools there.

None of that job creation is going to include a teacher. None of those Fortune 1000 companies is going to pay to keep a school open. The inaugural barbecue business can pay for. But business is not going to fill the gap in Texas' Medicaid funding. Private interests are not going to pay teacher's salaries, or make up for the money the state won't provide to schools. So maybe we'll have a few more jobs; but whether that gain will outweigh the loss of school employees, and the pain and suffering of the poor who will have an even harder time getting health care in Texas, is something Gov. Perry has not addressed.

Update: keep the above in mind, because here we go:

Texas lawmakers got their first glimpse of what the next state budget might look like late Tuesday, including a staggering $5 billion cut to public schools, as Gov. Rick Perry and his supporters were dancing at an inaugural celebration.

The budget draft, which is expected to be filed as legislation in the House later this week, would cut funding entirely to four community colleges and would generally eliminate financial aid for incoming freshmen and new students. The Texas Grants scholarship program would drop by more than 70,000 students over the next two years.

The proposal also would reduce reimbursement rates by 10 percent for physicians, hospitals and nursing homes that participate in Medicaid - a decrease that could eventually dry up participation in the program for poor and disabled Texans.

In total, 9,600 state jobs would be eliminated over the next two years.

"It's a catastrophe. No financial aid for kids to go to college. No pre-kindergarten for kids to learn their numbers and their letters. Health and human services slashed," said Rep. Pete Gallego, D-Alpine. "No Texan can be proud of this."

Perry took the oath of office earlier Tuesday for his third term in office. After a day of parties, he spent the evening at a celebration in downtown Austin, just a mile from the Capitol. Donors are picking up the $2 million tab for the 2011 inaugural. The Legislative Budget Board was required by law to release the budget to leaders on Tuesday, the fifth business day after the session starts.

Some analysts say the true shortfall could be much higher than $15 billion - closer to $27 billion - to account for enrollment growth in public schools and on Medicaid rolls, cost increases and other variables. That figure amounts to almost a third of discretionary state spending in the current budget.

A $4 billion reduction to the Foundation School Program - the pot of money distributed to schools based on daily attendance - means the program would be short almost $10 billion below the amount required to fund the school finance formulas under state law. That would make school finance reform legislation almost inevitable.

Rep. Jim Pitts, the chairman of the House Appropriations Committee, said he would explain the proposal to the chamber on Wednesday.