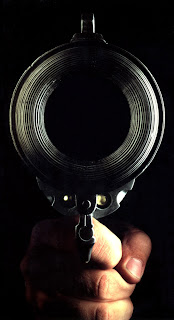 Rep. Trent Franks (R-Ariz.) said Wednesday that he wishes one additional person had possessed a firearm in Tucson on Saturday, presumably to use on Jared Lee Loughner.

"I wish there had been one more gun there that day in the hands of a responsible person, that's all I have to say," Franks said at a briefing, according to Politico.

Let's be plain about this: it's very doubtful Jared Lee Loughner drew a bead on 9 year old Christina Taylor Greene to make sure she died when he started emptying a 30+ round magazine through a semi-automatic weapon. He just wanted to empty the clip, and after putting one through Gabriel Gifford's head, he probably wasn't aiming carefully anymore. But bullets do that: they go where physics leads them, not where intent or will or any other human emotion might wish them to go. They follow the immutable laws of nature.

And anyone else with a gun that day would have sent bullets in the same direction: the wrong one. Houston had an incident recently where a man was pulled over on suspicion of being a criminal, and he was eventually shot on his parents' front lawn by an officer who drove up, pulled his weapon, and emptied a nine round clip. A trained police officer, and out of nine rounds, only one hit the suspect. One.

Imagine what would have happened in Tucson if there had been "one more gun" present. How many more people would be dead, or wounded? And who would be blamed?

And what difference would it make, to the dead and the wounded?