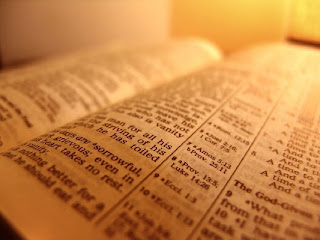 Bart Ehrman's position here is that pseudonym = lie, and even if we don't think so today, people did "back then." And we don't think so today. George Goodman called himself "Adam Smith" and penned a number of works on economics under that name. Everyone knew it was a pseudonym for the famous economist; no one called George Goodman a liar. "Betty Crocker," I was reminded this morning, was not only a fictional character but a radio personality; and I've yet to hear anyone call the creators of Betty Crocker liars. Ann Landers was also a pseudonym; were those columns all lies? I know of several modern novelists who publish so many books a year (some publish one a month) that it is impossible for one person to produce so much prose. Yet they are published under one person's name. All liars? Were the people of ancient times more scrupulous about these things than we are today? We know of a number of works attributed to famous names which were not actually the personal creations of those famous persons: are all those creations lies? And really, are all the biblical scholars wrong, and Ehrman alone has the true revelation?

We have lost, over time, a great deal of bibliographic material about creators and origins and sources. Indeed, the practice of bibliography is the preservation of this knowledge; but just because we've lost information and misunderstood ancient writings because of that loss, is no reason to call the creator of that work a liar. Is the writer of 1 Timothy a liar because he extended the rather conservative advice of Paul in 1 Corinthians to another community, and used Paul's authority to do so? Should we, by the same token, declare a lie the ancient claim that the first five books of the Hebrew Scriptures are the books of Moses? Everyone knows they aren't; but they were accepted as such originally, or at some point in the creation of the canon. Does that mark them forever?

My personal opinion is that Ehrman has tasted the sweet honey of fame and notoriety, and he wants to go on tasting it, so rather like Karen Armstrong, he tries to make fashionably outrageous statements that pretend to take modern Biblical scholarship to the people, while still proving he's not a hidebound and pedantic scholar, but still "one of us." It's an awkward position to take, and he doesn't stand on it as well as he thinks he does.

Indeed, we don't really need that stance. Are there conflicts within the canon? They exist as early as the first history of the church, the second part of "Luke" known as "Acts." Peter and Paul disagree over whether the teachings of Jesus should go to Jews alone, or also to Gentiles. Even after a vision from God, Peter can never quite give up his conviction that the message of the Messiah was for the children of Abraham alone (not because they were superior to Gentiles, but because they were members of the covenant with God, from Moses on Sinai, from Abram in Genesis 12.). And the letters attributed to Peter emphasize matters Paul never discusses or expresses concern with. Some of that emphasis creates conflict between the teachings of the letters. Certainly 1 Timothy's admonitions against women conflicts with Paul's "legitimate" letters in the canon. And what church takes every word of every letter as binding law which must be followed in order to be "truly" Christian? And how many of us who profess Christianity think such restrictiveness is necessary to our confession?

Ultimately, Ehrman is trying to provide a solution to a problem that doesn't exist, and to do it he wants to throw out the baby with the bathwater. I find it easier to disagree with 1 Timothy, or to understand its position in the canon and as a pseudo-Pauline work. Besides, scripture engages my mind, not my blind devotion to what is considered canonical.