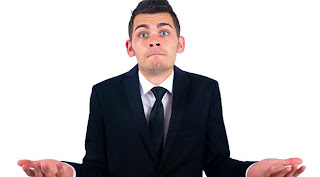 I'm going to finish Bultmann before Easter, I promise (or at least, I intend to).  But let's have a discussion of "racism" right quick, starting with Roger Ailes.  Ailes told Howard Kurtz that he does, in fact, think Obama is lazy.  When Van Jones pointed out those comments were racist, Ailes called Jones a "Communist," apparently the filthiest word still in Aile's vocabulary, and an adequate response to a charge of racism.  Is Ailes a "racist"?  Yeah, I think so.  You call a black man "lazy" and then say "Just kidding!," or, as Ailes tells Kurtz:  "Anybody who knows me knows that half the time I’m saying things with a somewhat humorous overtone."  And besides, he had his fingers crossed, too; also; as well.

But racism is such a charged allegation.  It's so rude!  It's so undeserving, except for people like David Duke, or skinheads, or white supremacists.  And it certainly can't be applied to an entire political party!

This conversation always requires getting straight on definitions. Does this mean the GOP is ‘racist’? No. What it means is that our politics is significantly framed around the politics of race and, on balance, it’s been a winning issue for the GOP. Certainly for the 40 or 50 odd years since white Southerners moved into the Republican party and created a powerful electoral anchor for the party. For decades, you got more white votes through this kind of politics than you lost in minority votes. But as the racial composition of the electorate changed, you reached a tipping point that became very visible in 2012.

Racism, you see, is evil!  Framing your political party around "the politics of race" is not, especially when, "on balance, it's been a winning issue for the GOP."  Now if they keep it up after it stops being a winning issue, they still aren't racist!  They're just stupid; or something.

The interesting bit that came out of the CPAC racism kerfluffle, the one you never heard about except on a few websites (or maybe MSNBC, briefly) was that the guy who started that asserted that the entire Tea Party agreed with his grotesquely racist attitudes.  And from the reactions of the people in that room, he seemed to be right.  But racism is still the hate that dare not speak its name, so we have to pass over that as quickly as possible, and excuse it as either the fringe of the fringe of the fringe, or just as the "politics of race."

When asked by ThinkProgress if he’d accept a society where African-Americans were permanently subservient to whites, he said “I’d be fine with that.” He also claimed that African-Americans “should be allowed to vote in Africa,” and that “all the Tea Parties” were concerned with the same racial problems that he was.

And, of course, we can get into arguments about who is, and who isn't, racist:

“I tell people about the racist origins of the Democratic Party, that emancipation was the founding principle of the Republican Party, and they look at me like I’m crazy,” he said. “The conservative movement is about making it better so that everyone can do better with their lives. True racists are the people trying to hold others down by giving them handouts or restricting their rights.”

I do not rise to accuse the GOP of racism, or to point a finger at anyone and call them a racist.  I rise to ask the question:  when do we finally acknowledge racism?  Josh Marshall says:

But racial divisions — which is different from ‘racism’ per se — is just more deeply rooted in our politics than most people care to admit.

And that sounds a lot like the genteel distinction between "racism" and "prejudice" from my childhood, as in:  "but would you want your daughter to marry one?"  Roger Ailes calls the first black President in American history "lazy."  A man stands up in a public meeting and asks "Why can't we just have segregation?" A political party uses the "politics of race."  If one of these things is not like the other, can somebody please explain to me how that is?

I was going to leave all of this alone, having ranted in private, and realized I've ranted about Josh Marshall's attitudes (and blinders) on race before.  But then he published this:


But a big chunk of the barrier is the mindset through which Higgins tried to understand what I was saying. The idea that policies might be an issue didn’t strike him as having any necessary connection to the conversation. So whites support the GOP by solid majorities — and older white men by overwhelming majorities — because of ‘conservative’ policies. Meanwhile minority voters are moving toward little short of unanimous opposition to the GOP just … just because, apparently. Happenstance or a misunderstanding or … something. So how does politics become de-racialized? It just happens.

I always wonder what level of cynicism, denial and obliviousness is involved in this kind of thinking. It varies greatly from person to person. But there’s clearly a long way to go.


Occam's razor, dude.  It's racism: pure and simple.  Whites support the GOP in solid majorities because Nixon used the "Southern strategy" that LBJ knew would be used when he signed the Civil Rights Act.  Nothing has really changed.  Maybe someday it will just be "racial."  Someday after Roger Ailes doesn't call the first black president "lazy" simply because Obama isn't Clarence Thomas and after we have truly healed the nation's "hidden wound."  But we won't do that by electing a black man to the White House, or by running a black man in the GOP primaries, or even by putting black man on the Supreme Court at the nomination of a white GOP President.  Gonna take a bit more than all that.   My daughter's generation is closer to race unconsciousness than my generational cohort ever thought of being, and in case no one has noticed, they aren't in charge yet.

Oddly enough, it was the "racist, bigoted" "Greatest Generation" (racist and bigoted only because they came before the Civil Rights Movement enlighted us Boomers) who changed hearts and minds and laws on this:  Kennedy, LBJ, Dr. King, etc.  It's been the Boomers (and Gen Xer's?) who have settled into complacency or, worse, raised holy hell about "preferences" and made "affirmative action" a dirty word, and who now can't see racism, institutional or individual, when it stares them in the face.

I'm not sure yet what that means, but it means something.....