Coincidence? I think not.... 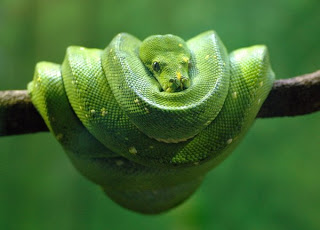 Prof. Wombat leaves this comment, which I find this morning:

They all make the usual points, with which it's hard to disagree. But all accept the Enlightenment entirely uncritically, as an unmitigated good. All accept the notion of 'scientific truth' similarly, and that science should be free of politics, objective and like that.

George Bush as a potted Romantic hero, actualizing his ego, making one pine for those serene Enlightened slaveholders, racists and warmakers?

Needs more thinking, this stuff does, than even these worthies give it, seems to me...
ProfWombat |

And then my morning reading leads me to this post:

Actually, the line of the piece that sends chills down my spine is this quote from the original piece by Gelb, the foreign policy maven who talks about his own initial support for the war in Iraq. From Gelb's perspective:

“My initial support for the war,” he writes “was symptomatic of unfortunate tendencies within the foreign policy community, namely the disposition and incentives to support wars to retain political and professional credibility.”

There are wars that merit support -- Afghanistan was the training ground and safe haven for terrorists that killed nearly 3,000 Americans, for example -- but it didn't take much probing to see that Iraq was not one of them, that this was a country that not only had nothing to do with 9/11 but had allowed the entry of inspectors unable to find weapons of mass destruction that did not exist. But Hastings correctly notes that there is safety in the pack, that journaliists who got it wrong had the comfort of knowing that so did everyone else -- and that you could always change your position with everyone else as events on the ground changed.

The real-world consequences of being wrong...well, those were 11,000 miles away. They were things that were unpleasant to think about -- like roughly 100,00 Iraqi civilians deaths, many of them the very people these career-minded and very serious war pundits had advocated liberating,

There is an excellent point there, but it is all but undermined by the unintended irony of brushing aside the war in Afghanistan as a "good war." Everyone knows a "good war" is fine and dandy, while a bad war must be analyzed endlessly for the marks of its failure and the signs of its parentage.

The war in Afghanistan consistently manages to be excused from such analysis, despite the manifest fact that the pointlessness of that war cannot be overstated. One might as well say we should invade New Jersey and blame the Gov. for the presence of the Mafia, or blame the mayor of Boston for the presence of Jack Nicholson's gangster in "The Departed." We don't, of course, because those persons are not official guests of the government. Anyone remember "Move" in Philadelphia, and what happened when the Mayor decided to remove them as a police problem? An entire neighborhood went up in flames. It was not considered a "good" police action, any more than the storming of the Branch Davidian compound worked out well. Force is very attractive; but beyond movies and television dramas, it's seldom as effective as advertised.

And you will say the Mafia doesn't run New Jersey (no, but they ran Las Vegas for decades, and no one invaded Nevada), so the comparison is inapt. True, but while we've chased Al Qaeda into Pakistan, we have yet to invade there. Gee, I wonder why not.....

In the dim recesses of my memory there remain some glimmers of an idea that the Taliban might have given up Al Qaeda, with the right incentives. That war was initiated, after all, by the same guys who initiated the Iraq war shortly thereafter, the same guys who would have sneered at the suggestion a plate of sugar free cookies would do more good than a month of waterboarding.

Diplomacy, IOW, was never even tried in Afghanistan, and yet we still insist it is a "good war" because of 9/11. Except that wasn't Pearl Harbor, and Al Qaeda was not the government of Japan. And all we've gotten for our pains is a quagmire we can't seem to get out of, a national government that rules Kabul, at best, and some vague muttering in left blogistan about how we might, someday, improve the position of women in Afghanistan, if we keep trying.

"Keep trying," of course, means keep fighting the military situation. As if culture came from the end of a gun, or could be benevolently imposed by an invading army. Pardon my obvious cynicism and listen carefully to the question, because it's not hyperbole: isn't that exactly what the Nazis wanted to do? Impose German culture on the rest of Europe, and do it by military might? They were, at the time, the greatest military power in the world. Are we different because we shoot people benevolently, because our missile laden drones are compassionate, because our "daisy cutters" are merciful?

Does no one remember how the war in Afghanistan has been conducted? Or do deaths only count in certain wars, and not in others? Needs more thinking, this stuff, it seems to me.....