Neither in Sorrow Nor in Anger 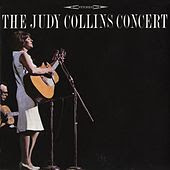 I posted this in part because it was a reminder that the '60's were different; and in part because I've been listening to my old Judy Collins albums, albums with songs like this:

And while those lyrics, especially after the '70's when such earnestness turned into selfishness, sound almost childishly naive, something about their earnestness is true. Something about their optimism, their hopefulness, is inspiring. There's also something not at all naive about them, not on an album that includes "The Lonesome Death of Hattie Carrol" (a black service worker beaten to death in a hotel restaurant for inadvertently touching a white man. He was acquitted.) or "Medger Evers Lullaby." Racism may be alive and well in America to this good day, but it is nothing like it was only 45 years ago. Ms. Collins even introduces the songs "Red-Wing Blackbird" and "Coal Tattoo" (as fierce an indictment of corporations and the powerlessness of laborers as was ever put to music) by mentioning with some excited anticipation the President's Committee on Poverty, which will soon (as of the date of the recording) begin "to find out why we have the "invisible poor." There is a sense, in what are now historical documents like this, that America was founded on equality and freedom to pursue happiness, and that liberty comes from the people and their ability to help each other, not from their wallets or the stock market.

My, how times have changed.

Yes, the optimism and naivete of the '60's gave way to the crass hedonism of the '70's, where "free love" became "open marriage" and music became "disco". And it's unfair to blame the '70's alone, as they were merely the transition period to the '80's and Reaganomics and "yuppies" and "dinks" (Double Income No Kids) and the first really heady sense that anyone could get rich in America, and the purpose of America was to make people rich! And, of course, when you are trying to get rich or trying to stay rich, the dominant social moré is no longer "Give every man a chance to take his brother's hand [sic]," but: "Blow you, Jack! I got mine!" The pursuit of happiness goes quickly from being an invitation to the mountain, where you can buy wine without money and food without price, to a zero sum game, where your gain is my loss. And our politics is rapidly descending into this:

The Republican Party's strategy against health-care reform has been something of a kamikaze mission: destroy the bill through a strategy that also destroys the party, at least in the short-term. The hope is that if they win the war, they'll be in better shape come the 2010 midterms. Maybe that'll work. Maybe it won't.

But if it does work, it won't leave them in a better position to govern. What Republicans -- and, when they're out of power, Democrats -- are doing is essentially discrediting the political process. Piece by piece, bill by bill. The argument, essentially, is that politicians are untrustworthy and Congress is corrupt and interest groups are trying to do horrible things to you and problems are not being solved.

All these thing might be true, but they're being said, in this case, by politicians who want to take back Congress and start negotiating with interest groups to solve problems. That's not going to work terribly well, and for obvious reasons. Republicans may think they've found a clever strategy in making it hard for Democrats to govern, but what they're really doing is making it nearly impossible for anyone to govern. American politics is trapped in a cycle of minority obstruction, and though that's good for whomever the minority is at the moment, it's not particularly good for making progress on pressing issues.

The indictment of both parties is true if only because the Democrats have, since 1972, let the Republicans set the terms of the discussion, hold the national reins, lead the march into hell. We no longer question what government should do, only how much good or bad government will do to us. We no longer ask what we can do for each other; we only ask what we will be left, and who will leave us the most for our own.

I'm left thinking of the words of Walker Percy as the only words I have for this. Percy speaks to marriage and family, but it all begins there, as metaphor if not as fact.

What happened to marriage and family that it should have become a travail and a sadness?...God may be good, family and marriage and children and home may be good, grandma and grandpa may act wise, the Thanksgiving table may be groaning with God's goodness and bounty, all the folks healthy and happy, but something is missing...What is missing? Where did it go? I won't have it! I won't have it! Why this sadness here? Don't stand for it! Get up! Leave! Let the boat people sit down! Go live in a cave until you've found the thief who is robbing you. But at least protest! Stop, thief! What is missing? God? Find him!