"This is an outrage, it's an abomination; and there is a moral duty here."

1000 people in New Orleans at a free healthcare clinic. 90% have two or more diagnosed problems; 82% diagnosed with life threatening conditions. 4 taken directly to hospital: do not pass "Go," do not collect $200. Not all of them "poor," but none of them with insurance.

And tonight Keith adds that only 1000 were treated because New Orleans, 4 years after Katrina, still doesn't have the medical equipment necessary to treat people who are ill or injured. The equipment the clinic needed was simply not available to borrow, not even for one day, not even for 1000 people. As Gene Robinson said to Keith, this is an outrage and an abomination. And there is a moral duty here.

And we should be ashamed, but we don't even notice. We should be appalled, but we don't even care. Personally, socially, perhaps as Christians or Jews or Mustlims or atheists or simply human beings, we care. In small groups, perhaps we care. But politically, as a nation? We don't give a shit. The pictures of New Orleans drowning, those horrific pictures of 4 years ago, aren't on TV anymore; and we don't care. We never did. The poor of New Orleans existed because we didn't care. The drowning and abandonment of New Orleans happened because we didn't care. Four years later, we still don't care. New Orleans lacks medical facilities, medical equipment? Who knew? Who cared? Who cares now?

Give thanks for what you have this year. Give thanks because it is yours, and you have it. Give thanks you aren't poor, in New Orleans, or anywhere else in America, or in the world. Give thanks, and don't consider for a moment that while we might be compassionate, as a nation: we just don't care. 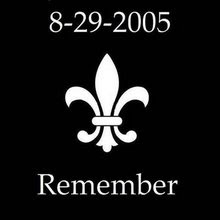