What Happened near Killeen 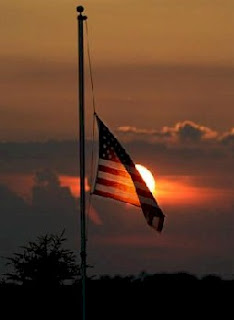 First, the story itself is horrific: a man armed with automatic weapons does the maximum amount of carnage/damage one can do, in the amount of time between the first shot and the "first responder" who brought him down. There is a reason military bases maintain very tight control over weapons on base: they know what those firearms are capable of.

But imagine trying to set up metal detectors at a military base covering nearly 160,000 acres, with a population of over 33,000. I've lived in town smaller than that, attended schools smaller than that. Establishing a "gun-free" zone in such an area is literally impossible. Yet the military does everything it can to do so, anyway.

The horrific irony of the location is that Killeen, Texas was almost single-handedly responsible for the concealed weapon law in Texas. In 1991 George Hennard drove his truck into the Luby's in Killeen, got out, and went on a shooting spree. As Wiki notes, Suzanna Hupp, one of the customers in the Luby's who survived, later testified to the Texas Legislature that, had she been allowed to carry her handgun into the restaurant, she could have brought down Mr. Hennard and ended the carnage. Of course, had Ms. Hupp and several other customers been armed, who would the shooter be, and how could anyone be sure there weren't accomplices?

Yesterday, on a military base with people trained in first aid and combat, the scene was total chaos. The alleged assassin was brought down during the shooting, and yet, per news reports this morning on NPR, it was several hours before officials realized the man being operated on with four bullet wounds was the suspect in the crime, not a victim; and that the woman being treated for gunshot wounds was the person who stopped him. There were, for hours, stories of multiple shootings and multiple assailants and suspects. The scene, in other words, was chaos, in a place where people are trained to handle chaos as well as any of us can.

So consider how much worse it might have been had everyone on that base been armed, and able to respond. We are so accustomed to shootings in the movies that we are sure if it happened near us, we'd already know who the shooter was, and so who to shoot. But real life is not a movie, and our eyes are not the camera which tell us who to pay attention to, and who is going to pull out two automatic handguns and begin firing. Underlining my point:

Officials are not ruling out the possibility that some of the casualties may have been victims of "friendly fire," that in the mayhem and confusion at the shooting scene some of the responding military officials may have shot some of the victims.

Which, of course, is the kind of thing that never happens in the movies!

The sad irony of Killeen, one noted in news reports yesterday which mentioned the Luby's shooting from 18 years ago, is that once again we find out guns are the problem, not the solution. But we will praise the police officer (rightly) who stopped the crime, and pay little attention to the criminal's ability to commit the crime in the first place.


May the wars indeed cease unto the end of the earth, and the bow be broken, the spear cut asunder. God's peace and mercy to those who died, who were wounded, to their families, and to all the families on Fort Hood.