"People are scared of the poor." 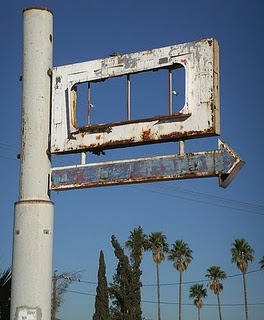 Yes, they are. "The rich are different," Scott Fitzgerald famously observed, and Hemingway was reported to have acerbically retorted: "Yeah, they have more money." But it's more than that, and it's connected to the value we place on possessions, because possessions = "life." We fear the poor because they have no possessions, or not enough possessions; so we fear they will take ours, and, what is worse, in their desperation to own, or their jealousy over what we have, they will take our lives. "They" don't hate us for our freedom; "they" hate us for our possessions.

I've surely mentioned before the grocery store that opened near me, but on the "wrong" side of the freeway. On the south side of the interstate is one of the richest neighborhoods in the country; on the north side, not the poorest areas of Houston, but a very mixed area, economically and ethnically/racially. The grocery store attracted shoppers from south of the freeway, but almost immediately an e-mail flew around (and it's amazing how e-mails can become so localized) detailing a woman whose car was broken into (she'd left her purse in plain sight, of course) and another woman whose purse was snatched as she stood by her car. I suspect both stories were apocryphal, but the grocery store responded with security cameras in conspicuous places, and uniformed security guards and off-duty policemen in uniforms, a show of force that reassured the shoppers from the 'other' side of the freeway that the psychological barrier of that highway still protected them if they ventured to just the other side of it and not only stopped their cars, but got out of them.

Similarly, when I lived at the parsonage of my church, not far from where I live now, many people feared for me and my family because so many people around us were poor, and occasionally a poor person came to my door looking for help. I never felt afraid, though, and I never questioned someone's story of need. I made a determined effort not to judge people based on the size of their pocketbook, or the number and quality of their possessions. But it's a valuation and a measure that goes back to first century Palestine, which means it goes back as far as there has been any society where some had more than others. It also means it is not a "peculiarly American" problem, nor a problem of the wealthy, industrialized world. This morning NPR reported gunshots have been heard in Port-au-Prince, but all of them coming from Haitian police officers, most times because they are fearful of looters (although in a situation where people are starving and everything is rubble, "looting" seems a dubious concern, at best.)

Would this be solved by understanding, by grasping the sociological and anthropological factors at play? It's a nice idea, but I doubt it; and not just because I carry a religious hammer and see everything as a spiritual nail. If reason and knowledge were all that was needed, I'd never get into arguments with anybody about religion, and all but the most cloth-headed people would be either tolerantly religious, or tolerantly agnostic.

Reading Dr. King's comments again, I realize the lesson here is in Jesus' last parable in Matthew, the parable of the sheep and the goats:

25:32 All the nations will be gathered before him, and he will separate people one from another as a shepherd separates the sheep from the goats,

25:33 and he will put the sheep at his right hand and the goats at the left.

25:34 Then the king will say to those at his right hand, 'Come, you that are blessed by my Father, inherit the kingdom prepared for you from the foundation of the world;

25:36 I was naked and you gave me clothing, I was sick and you took care of me, I was in prison and you visited me.'

25:37 Then the righteous will answer him, 'Lord, when was it that we saw you hungry and gave you food, or thirsty and gave you something to drink?

25:38 And when was it that we saw you a stranger and welcomed you, or naked and gave you clothing?

25:40 And the king will answer them, 'Truly I tell you, just as you did it to one of the least of these who are members of my family, you did it to me.'

25:41 Then he will say to those at his left hand, 'You that are accursed, depart from me into the eternal fire prepared for the devil and his angels;

25:44 Then they also will answer, 'Lord, when was it that we saw you hungry or thirsty or a stranger or naked or sick or in prison, and did not take care of you?'

And one thing I want us to keep in mind: that these are not words of condemnation; not when they come from God:

Nobody can come to grips with the drama of history unless he recognizes that most of the evil in this world is done by people who do it for good purposes. Evil is not that popular. If one gathered together a lot of people and said, "Let us be evil together," it would not go over very well. Thanks be to God!....

Thus the question is not to balance judgment and mercy. Whenever one reads the Bible or theology, what I would call the "who-is-who" question always arises. Who speaks to whom and for whom? The mighty message of God was often heard in a wrong way because one listened in on the wrong message. There are many examples of this. Jesus did say, "Man does not live by bread alone," but he never said that to a hungry person. When he was faced with hungry persons he fed them--4000 or 5000. And he mass produced wine in Cana just to prevent the wedding feast from turning into a fiasco. It was to Satan that he said "Man does not live by bread alone," speaking for and to himself. The church, however, often quoted Jesus in the wrong direction--to the hungry, in defense of the well-fed.

Who speaks to whom? For whom is judgment mercy? That is the question, and unless one understands it, even the most glorious dialectical understanding of theology becomes not only counterproductive but evil.

Who is who here? In our "good purposes," we fear the poor. We honor law and order above human need, and so we easily look to the failure of Haitian society, to stories of looting, to stories of violence. And those stories too easily turn us in the wrong direction, in defense of the well-fed against the hungry. But consider the parable again: when Jesus said you fed me, sheltered me, clothed me, visited me, he was not emphasizing the damnation of those who failed to help, he was assuring those who were scared of the poor that he, Jesus, was the poor, and by helping them, they helped him. Imagine the strangeness of a God who says helping the poor is serving the Creator of the Universe. In seminary we considered the strangeness of eating the body and blood, not as an act of power, but as an act of remembrance. That act, of course, became a sacrament. I had a seminary professor who liked to talk about the foot-washing scene in John's gospel, the one that replaces the breaking of the bread and the sharing of the wine in the synoptic gospels. He called it "the sacrament that wasn't," and what a beautiful sacrament it would be. Kings of England used to practice it, but it was too humbling, too intimate, too disturbing between strangers, too humbling between friends. This parable was never close to being a sacrament, but how much closer has it ever been to being our practice? And yet it could be; it so easily could be. We all want to do good; we all want to help; we all want to do what we can. Maybe if we consider who we are doing it for, if we consider we don't offer to share with a stranger, but with someone we know: maybe that would make it easier. Maybe fearless helping could truly be a new definition of "greatness."

After all, we really have no reason to be afraid of the poor.

The quote, by the way, is from Retired Army Lt. Gen. Russel Honoré, who led relief efforts for Hurricane Katrina in 2005.