Here we go 'round the prickly pear... 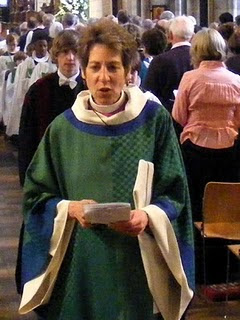 Once again, through the good offices of Wounded Bird, I wind up at the "Mitregate" story; but only briefly. Through Mimi's post I found this post which includes this description of PB Jefferts Schori stay in England:

Most of us took this to be a back door apology for the way Bishop Katharine was treated by the Archbishop of Canterbury [he told her not to wear a mitre] -- "mitregate," as it is being called. By the way, Bishop Katharine remains amazed at the uproar over it, and she clearly is losing no sleep over something she calls “bizarre, just bizarre.” She did comment in conversation that the readings that day were wonderfully apt, being about the woman who knelt before Jesus with her hair uncovered.

Oh, really? Luke 7:36-50, I'm guessing. How interesting, especially since the C of E was so concerned with people seeing this woman, and thinking her acceptable.*

Really, the Gospels are such a handful of prickly pears sometimes. Most of the time, actually. Handling them is really like playing "Hot Potato" with live hand grenades.

Really. And I haven't even mentioned the very interesting discussion about the basiliea tou theou this brings up. Somehow that just doesn't seem...hospitable.


*As for the explanation of the C of E, especially the resort to English law, my lawyer's nose smells a crawfish, and my lawyer gut tells me: "Bollocks!" You resort to the "letter of the law" when you don't want to do something, and you don't want to be responsible for the decision.