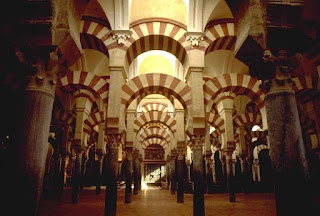 Joan Chittister sums up the current discussion about the "mosque" at "Ground Zero" this way:

The problem Daisy Khan raised for me in her poignant cry for understanding is a current one: should American Muslims be allowed to build an Islamic mosque two blocks away from the site of the bombing of the World Trade Center Towers that killed over 3,000 people in one blow on September 11, 2001?

Or better yet, how could it possibly be a problem that U.S. Muslims want to build a mosque two blocks away from the site of this greatest foreign attack on U.S. soil? Why is there such an outcry against what is designed to be a monument to peace and reconciliation at a place where the terror of a few had set out to destroy both. After all, they are Americans. Can't they build wherever they want?

I respect Joan Chittister; and I expect her to know better. So picking her as an example is perhaps a bit unkind, maybe even unfair: but I've got to start somewhere, and my response to this, to her example which stands for others (who shall be named), is:

THE "GROUND ZERO MOSQUE" IS NOT A MOSQUE AND IT'S NOT AT "GROUND ZERO!"
Which is why Howard Dean's comments, and his defense of them, are so stupid. Which is why this is not, pace Mr. President, "Constitutional scholar," a First Amendment issue. Which is why we really shouldn't even be talking about this. It's a zoning issue. It's a local issue. And all questions about it's fitness have been resolved by New York City, which is the only governmental entity with an interest in this thing.

What is being proposed is "Park 51," a "Community center." I'm familiar with these. They were all the rage in my East Texas boyhood home, among the Southern Baptists there. One was built explicitly to provide church members with a place to bowl or otherwise gather without having to associate with the "unsaved" (which, in Southern Baptist speak, meant non-Southern Baptists). "Park 51" is going to include a prayer room, which makes sense, since Muslims observe their faith by prayer several times a day (would that more Christians would do so!).* But it is not a mosque, any more than a "Family Life Center" is a house of worship, or a sanctuary, or a cathedral.

Since it is not a mosque, there is no First Amendment issue of free exercise of religion involved. This building will not be an exercise of religion, it will be an exercise in community building. Keith Olbermann pointed out the building that will be refurbished is an abandoned one, left empty by the devastation of 9/11 and it's local economic aftermath. This community center would represent a recovery of the area, and what better tribute to those who died there, both tenants in the building and first responders, than that?

What is wrong with this country is pure, blind, ignorant stupidity, and I'm sick of it. I have never been one to suffer fools gladly (a cross I must bear, and bear better than I often do), but this has gone beyond the pale. Seriously? The entire country has to have an opinion on a zoning issue in lower Manhattan? As Olbermann points out, you can't see "ground zero" from the building site, and you can't see the building from "ground zero." But let us not let ignorance get in the way of a good rant (or even a bad one), and let us all lend our ignorance about what Islam considers a place of worship, and what other good religion can do besides worship, to the cause of talking very loudly about something WE KNOW NOTHING ABOUT!!!!!!!!!!

Unfortunately, that has become the new American way to spend August. I wish I could afford a month's vacation in Europe....


*This space is called, in Arabic, a "masjid," which is distinquished from a "masajid" (if Wiki is to be relied upon). The latter is a "mosque" as non-Muslims understand it, a place dedicated both to the five daily prayers, and to worship on Fridays. A "masjid" conforms more to our sense of "prayer room.")