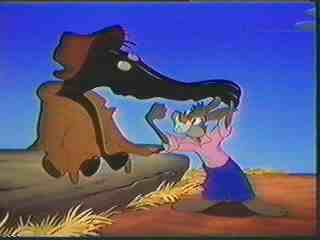 I hesitate to name my metaphor because it has become such an obvious metaphor for race, and I don't want to drag that into this discussion (Muslims are not a race, as the majority of the world's Muslims live in Asia, not in the "Middle East."). It is, however, in the original form the perfect metaphor for what's going on here. Still, let us say this is why you don't argue with fools; because people won't be able to tell the difference. When President Obama made this a First Amendment cause celebre (whether he meant to or not), he overlooked the other side of that "cultural amendment:" freedom of speech.

And does that line of argument sound familiar? It is precisely there that Obama stepped into the trap, and Palin sprung it on him. She was right: just because they can build a mosque at Ground Zero (although they aren't, of course), should they? Isn't it a question of sensitivity?

No, it isn't; for the reasons I outlined below. But there's the problem, you see. You had to punch the....well, you had to argue with fools. And now you're stuck with 'em.....