August is the longest month.... 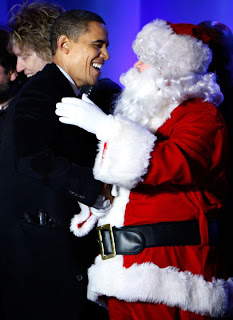 Courtesy of TPM, we have this from Byron York:

In 1985, Barack Obama had just arrived in Chicago for his new job as a community organizer when he headed to Smitty’s Barbershop, a tiny storefront on the South Side. As Smitty cut his hair, Obama listened to the men in the shop talk politics and racial grievance. When the barber finished, he handed Obama a mirror and said, “Haircut’s ten dollars. What’s your name, anyway?”

And this, about 13 ways of looking like a Muslim. It's a slideshow. It's worth it. Because Byron York, Chief Political Correspondent for the Washington Examiner, is right: it's Barack Obama's fault people think he's a Muslim.