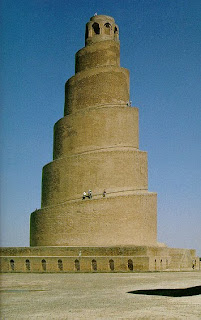 Newt Gingrich plays the Nazi card: "You know, Nazis don't have the right to put up a sign next to the Holocaust Museum in Washington. We would never accept the Japanese putting up a site next to Pearl Harbor. There's no reason for us to accept a mosque next to the World Trade Center."

An American flag waves briskly in the breeze beside a Shinto shrine on the major freeway leading from Honolulu to Pearl Harbor. Just five miles away is the spot where Japanese planes dropped their bombs on the American fleet. Few tourists rushing between Pearl Harbor and Waikiki realize the deep irony that flag symbolizes. But for those who fought in World War II or know the history of that encounter, the sight of an American flag at a shrine so closely associated with the adversary calls forth a whole complex of reactions.
...
An American flag flying beside a Shinto shrine on the freeway to Pearl Harbor! An incredible sight one can encounter only in America. And only in Hawaii could it happen at such breathtaking speed.

Islamic center opponents outnumbered supporters 35 to 11. A Media Matters review of Nexis transcripts of Fox News' evening programming from May 13 to August 12 showed that nearly three times the number of guests who opposed the construction of the center than those who were supportive of such efforts.

A group of 40 prominent religious leaders have expressed their support of the proposed Islamic center near the former World Trade Center while denouncing the “xenophobic and religious bigotry” that has come out over the project.

The leaders, hailing from evangelical, Protestant, Catholic, Jewish, and Muslim backgrounds, said they were “troubled” by remarks from politicians such as Newt Gingrich and Sarah Palin, who called the proposed center an “insult” and a “provocation.”

The group also blasted Fox news for airing a “steady stream of irresponsible commentary and biased coverage that reduces what should be a civil debate into starkly combative terms.”

It's August, for at least another two weeks.