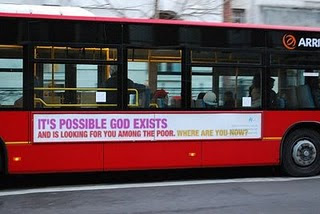 This is what we should be meditating on for Holy Week:

In Atheist Delusions, David Bentley Hart has described the Christian revolution in terms of the stripping bare of the pagan life-world with its pantheon of gods, demigods and spirits who guaranteed the proper order of things and provided life with meaning.

"In such a world," Hart writes, "the gospel was an outrage, and it was perfectly reasonable for its cultured despisers to describe its apostles as 'atheists'. Christians were … enemies of society, impious, subversive, and irrational; and it was no more than civic prudence to detest them for refusing to honor the gods of their ancestors, for scorning the common good, and for advancing the grotesque and shameful claim that all gods and spirits had been made subject to a crucified criminal from Galilee … This was far worse than mere irreverence; it was pure and misanthropic perversity; it was anarchy."

Where is the sense of anarchy of yesteryear? "But we preach Christ crucified," Paul told the church in Corinth, "unto the Jews a stumblingblock, and unto the Greeks foolishness." What would it take to be that revolutionary again, that compelling?

Mind, I don't accept the theory that the gospel was such an outrage in the "pagan world" that it upset the apple cart of history and paved the way for the conversion of Constantine. That's historical rubbish. More likely, had Constantine not converted, Christianity would have struggled along as a minority religious sect for many more centuries, upsetting no one and pestering many (as the Jews, inadvertently, have done in European history). Constantine's conversion was Christianity's blessing, and its curse; and the aggressively spiritual, aggressively contrarian Christianity some imagine, probably never existed outside the martyrologies.

Still, a guy can dream. And besides, a Christianity that isn't revolutionary is just "Christendom," and Kierkegaard was right about that.

It ain't worth havin'.

But it ain't worth positing as the only "true" Christianity, either. There has to be a better way. Which is where the spirituality of the monastery, or of a Dorothy Day, comes in. What am I trying to say? This: