The poor will always be with you...and that's the problem 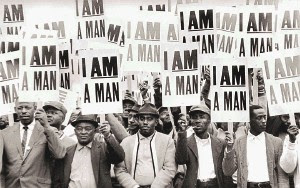 ... cuts public education by billions of dollars from current spending levels and leaves schools more than $7 billion short of the money they are owed under current law; it is billions short of the money needed to pay for expected growth in Medicaid caseloads over the next two years; it cuts state funding for colleges and universities by more than 10 percent. It also balances without a tax increase and without money from the rainy day fund, and it reduces the state budget by $23 billion.

Gov. Goodhair is so proud:

“Today’s action by the House is another step toward achieving fiscal responsibility and ensuring state government lives within its means. House members set priorities for state spending and found savings, and thanks to their leadership, this budget paves the way to help Texas recover from the impacts of the national economic recession. You cannot tax or spend your way to prosperity, and Texans expect their elected leaders to govern under that truth when it comes to taxpayer dollars.”

But the impact? Well:

Rep. Sylvester Turner of Houston, the highest-ranking Democrat on the Appropriations Committee: “This budget will dismantle the educational infrastructure in the State of Texas.

And the poor, the sick, the infirm? Get away from our state monies!

Among those choices were several measures that cut the about $100 million family planning budget by more than 50 percent to pay for a series of initiatives that would seek to reduce abortions and help fund autism programs and mental health and trauma care.

In the end, Democrats said the Republican-dominated House should have been more willing to tap the state's $9.4 billion rainy-day fund and close tax loopholes instead of zeroing out pre-kindergarten grants, reducing about $6 billion in Medicaid funding for low-income families, and making cuts in higher education that would leave new college students without state financial aid.

State Rep. Joaquin Castro, D-San Antonio, had one of the few successful amendments over the weekend that would put $10 million into the dropout prevention Communities in Schools program. He spoke of meeting a woman on the steps of the Capitol who said her son died after the cuts made by the Legislature in 2003. He did not say if the woman cited a particular cut in funding.

"What I could have told that woman was that this Legislature, instead of choosing your kids and your folks, they're choosing not to raise the cigarette tax by 25 or 50 cents," Castro said. "They're choosing not to close corporate loopholes so they can raise more revenue. They're choosing not to do gaming." … Not one of us will leave this chamber and go back to our district and take ownership of those cuts. … This budget is not worthy of the Texas House of Representatives.”

One again, our financial woes are all the fault of the poor. Are we serious about our budget problems in Texas? No more than the national GOP is:

...if GOP officials were serious about fiscal responsibility, they could allow the expiration of ineffective Bush-era tax breaks for the wealthy, long before they started taking health care benefits away from families in poverty.

Which they plan to make very concrete:

Low-income Medicaid beneficiaries will lose their guaranteed benefits altogether. Currently, Medicaid is jointly financed by the federal government and states, which are required to provide comprehensive health care benefits to people in poverty. Ryan's plan turns the program into block grants for the states -- states get a bunch of cash from the feds and have to make the best of it. For many states, that will mean severe benefit rollbacks.

Seniors, and others on Medicare, would be in a slightly different predicament. Currently seniors 65 and over are guaranteed a defined benefit program: taxpayers finance the system, and the government agrees to pay for seniors' health care services (though seniors have to pitch in too). Ryan's plan would leave that system intact for anybody currently on Medicare, or expecting to be on Medicare within 10 years. For everyone else the program would be radically overhauled. Future beneficiaries would no longer have a single payer system to rely on. Rather, they'd be given a menu of private insurance plans to pick from, and subsidies to help pay their premiums. If those premiums skyrocket, that's on them. If the insurers themselves aren't required to pay for whatever the doctor orders, then the guaranteed benefits will erode.

Recently Princeton economist Uwe Reinhardt -- a respected health care expert -- described the plan this way: "Under the defined contribution approach envisaged by the Rivlin-Ryan plan, most of the risk of future health-care cost increases would be shifted onto the shoulders of Medicare beneficiaries. This feature makes the proposal radical."

Clearly the problem is seen to be the poor, who apparently want all our money. It's money that matters. And nobody else.