People are too damned expensive!* 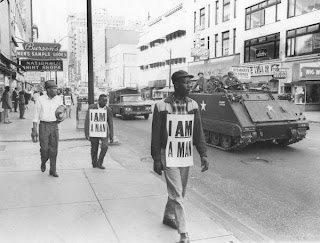 The Ryan budget will put all future arguments in the proper context: The current welfare state is simply unsustainable and anybody who is serious, on left or right, has to have a new vision of the social contract.

The social contract, it should be pointed out, grew out of the sense of noblesse oblige, of the obligation of the ruling class to provide (however meagerly) for the lower classes. How well this ever worked out in Europe you can decide for yourself. The British seem to have quite a nostalgia for it, if "Upstairs, Downstairs" and "Downton Abbey" are any guide. Of course, the view is quite different in "The Remains of the Day," but the author of that novel wasn't British....

So the "social contract" was the idea that the people, rather than a single ruler or ruling class, would care for each other. No doubt Rousseau was influenced by Socrates' discussion of his obligations to Athens and the law of Athens in the Crito. But the "social contract" Brooks evidently refers to is merely a legal document, a set of agreed upon provisions entered into between two classes (those with money, and those without), and those without money have no claim, legal or moral, on those with money. So the terms of the contract are inherently unfair, unworkable, and unenforceable; and lead only, not to a "social contract," but a "welfare state."

The welfare state never includes defense spending or tax structure which encourage and sustain corporations. So while we must cut welfare spending, we can never do anything to endanger corporations. At least, Joe Barton is not ashamed to say so. I can't find where Mr. Brooks has spoken ill in print of Mr. Barton's defense of Exxon's tax status; but he did defend Mr. Barton's apology to BP last summer, so his sentiments are rather clearly with the monied classes (surprise, surprise).

And while the poor will always be with us, clearly we shouldn't feel any particular obligations toward them. Especially since they are so expensive. I mean, after all, what's more important? People? Or money?

(*not to mention they're lazy and shiftless! Isn't this where I came into this movie?
Posted by Rmj at 3:26 PM