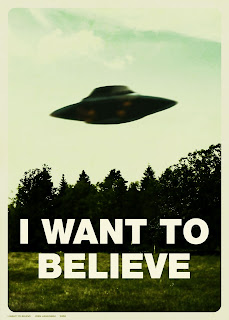 I come at this via Slacktivist, and while I want to agree with Ed Kilgore, I can't quite wholeheartedly do it.  This is the passage that made me stumble:

What should be wished for…is that liberal Christianity recovers a religious reason for its own existence. As the liberal Protestant scholar Gary Dorrien has pointed out, the Christianity that animated causes such as the Social Gospel and the civil rights movement was much more dogmatic than present-day liberal faith. Its leaders had a “deep grounding in Bible study, family devotions, personal prayer and worship.” They argued for progressive reform in the context of “a personal transcendent God … the divinity of Christ, the need of personal redemption and the importance of Christian missions.”

Today, by contrast, the leaders of the Episcopal Church and similar bodies often don’t seem to be offering anything you can’t already get from a purely secular liberalism.

I read this and wonder if Ross Douthat has ever actually set foot in an Episcopalian Church, where each and every week, the Nicene Creed is recited, a Eucharist is celebrated (at least that is the trend that has accelerated under the “liberal” leadership of that church; less frequent communion is mostly the dying habit of more conservative, “evangelical” Episcopalians), scriptures are read, and there’s all sorts of talk about Jesus Christ and the Kingdom of God. Ross is either ignorant about all this, or has the temerity to suggest that none of the people sitting on or kneeling at those pews mean a thing of what they say.


The church, in my experience, ain't necessarily the people in the pews; be it a Protestant or a Roman Catholic, church (and why do the Orthodox never figure into these discussions?).  I've heard too many missives come down from "headquarters" which left people in the pews (my people in their pews, in some cases) scratching their heads.  I can cite too many stories of individuals outraged by positions declared for them by "their "church, or declared to them as if it was their role to accept what was being taught.  And when I went into the pulpit with my head stuffed with the knowledge a "liberal" seminary had filled me with (thanks be to God!), more often than not the people in the pews were surprised and offended by what I had to say.

Especially if I emphasized the need of personal redemption and the importance of Christian missions.

So, you see, I'm not sympathetic with Douthat's claims; but neither do I think pious worship and talk about "Jesus Christ and the Kingdom of God" means the church is offering something "you can't already get from purely secular liberalism."  I attended a retreat when I was in the pulpit, one organized by my denomination (i.e., not by the local church I served).  It was an attempt to put together a resolution on genetics and religion, to be presented at the next meeting of the whole denomination.  When I objected to the fact the resolution we ended up with was barely mentioning God, aside from an obligatory opening reference to "the Creator," and that we could make it a more theological, and less strictly scientific, document, all the clergy in the room acted as if I'd just shit in the punchbowl, and one lay person excoriated me for trying to deny the value of science with some kind of fundamentalist critique. He was quite pointed and quite personal about it.

And everyone else in the room made it quite clear I should just shut up.

Those same people would go back to their churches and recite the Creeds and celebrate the Eucharist and hear scriptures read and probably hear talk about Jesus Christ and the Kingdom of God.  But I always found such people could be just as comfortable with"the agenda of the American conservative movement and the Republican Party" as anyone else.  I also recall showing a young visiting German pastor around my church, chaperoned by her local contact, a member of the most liberal local church in the denomination.  This was a man who might consider Paul Tillich too conservative, but when it came to explaining the US flag in the sanctuary, he defended it stoutly, overriding the German pastor's obvious discomfort because of Germany's recent past, and the conflation of state and church.  Which kingdom of God is represented by that flag, I still wonder?

Do I mean there are no liberal churches?  Not at all.  But drawing bright line distinctions between "them" and "us" is always a risky business.  I don't agree with Douthat's argument (what I know of it from these links), but I don't think he's wrong to critique "liberal" mainline Protestantism from being a bit weak on certain doctrines (even if I don't think personal redemption is the core concern of Christianity, or that the "kingdom of God" is as clear and simple a concept as Mr. Kilgore does).

I guess what I'm saying is that it's easy to talk about things; it's the doing of them that matters.  Rather than discuss the basileia tou theou, what are churches doing to realize it?  Instead of propounding the importance of personal redemption, what is the congregation doing to be last of all and servants of all?  Instead of talking about what should be done in the world, and for what reasons:  what are you doing?