"ARE YOU NOT ENTERTAINED?" 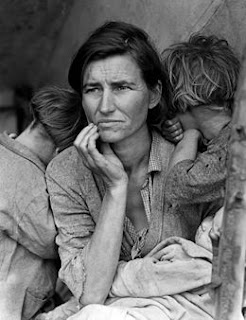 Nobody can come to grips with the drama of history unless he recognizes that most of the evil in this world is done by people who do it for good purposes. Evil is not that popular. If one gathered together a lot of people and said, "Let us be evil together," it would not go over very well. Thanks be to God!....

Thus the question is not to balance judgment and mercy. Whenever one reads the Bible or theology, what I would call the "who-is-who" question always arises. Who speaks to whom and for whom? The mighty message of God was often heard in a wrong way because one listened in on the wrong message. There are many examples of this. Jesus did say, "Man does not live by bread alone," but he never said that to a hungry person. When he was faced with hungry persons he fed them--4000 or 5000. And he mass produced wine in Cana just to prevent the wedding feast from turning into a fiasco. It was to Satan that he said "Man does not live by bread alone," speaking for and to himself. The church, however, often quoted Jesus in the wrong direction--to the hungry, in defense of the well-fed.

Who speaks to whom? For whom is judgment mercy? That is the question, and unless one understands it, even the most glorious dialectical understanding of theology becomes not only counterproductive but evil.

I have to say, I appreciate just how much attention has been paid in the last three debates to the problems of the poor in America.


[That silence is being filled with the sound of crickets.]

Of course, all that has been said so far is the travesty of how many people are on food stamps. We still can't seem to decide if that's a sign of a weak economy, or of an overly generous government which refuses to teach the hungry how to fish. So now Paul Ryan visits a soup kitchen  in the fifteen minutes he has between campaign events, an act that can most charitably be described as pointless.  And while it only merits a blog post, even that post merits the careful annotation that Brian J. Antal, president of the Mahoning County St. Vincent De Paul Society, has voted in Democratic primaries for 17 years.  As Charles Pierce points out, if you don't think that nugget of information came from the Romney campaign, you shouldn't be allowed out in public without a handler.

Ryan cleaned pots that were already cleaned and met with volunteers who stayed to talk to him.  And the point of this, besides the photo op?  Probably to be sure he stayed away from the patrons of the kitchen, as much as anything.  Mitt Romney made much of the people asking him for help in the last debate, and his answer highlighted the question Stendahl is asking above:  Who speaks to whom, and for whom?

Mitt Romney speaks to the middle class, to the people presumably not on food stamps, but afraid they soon will be.  He at least speaks as if they were different classes of people., and as if food stamps were emblematic of economic policy failure.  He's careful not to mention food stamps (which, really, no longer exist, any more than "welfare" does) as something we are paying for with money we don't have, but that's only because it may not be only "the poor" who need them right now.

Who speaks to whom, and for whom?

Barack Obama?  He was careful to conclude last night that free-market capitalism will save us all, if we're just patient enough.  But what does that say to the 5-6% who will still be unemployed in even the best of economic times?  Social mobility will save you?

No, apparently it won't.


The point is underlined a bit further on in the article:

"We can't predict the individual aspects of where you'll end up, but if we want to rank you overall in society, maybe as much as 60 percent of the outcome is determined at the time of conception," Clark says.

And if Clark is right, that number is almost impervious to change. The Industrial Revolution didn't change it. Neither did the communist revolution in China, World Wars I or II, or even social policies like the GI Bill. Clark says he's still working on exactly how to interpret that information.

But it's clear he has growing doubts about whether public policy can really help people move up the social ladder.


So it may be true that, as Jesus says to Pilate in "Jesus Christ Superstar:"  "Everything is fixed, and you can't change it."  Which means that when we talk about economic inequality, we really are talking about class warfare.

This, by the way, is what is at the heart of the affirmative action case before the Supreme Court.  The issue is not race, but class.  The plaintiff's parents went to UT, but she couldn't get in.  Clearly, she thinks, she deserves better; clearly someone of a lower class took her place.  Mitt Romney said much the same thing last night when he claimed that illegal immigrants "take the place" of people waiting patiently for legal permission to enter the country.  The legal process, of course, is not held up because "illegals" are filling up the spaces alloted to legal immigrants.  The very idea is so silly it's ludicrous, yet it was passed over without even commentary this morning.

I suppose he meant the "illegal" (i.e., 'brown') immigrants are taking jobs from American (i.e., "white") citizens, but how many American citizens are flocking to Alabama to bring in the harvest?  As even John McCain pointed out 4 years ago, "You can't do it, my friend."  Especially at the wages such work pays.

But don't mention that aloud, it might scare the children.

In America the poor are not just poor, they're subhuman; if they're visible at all.  I've asked before why no one is photographed anymore with poor people, as Bobby Kennedy was.  Paul Ryan wasn't concerned to be photographed with them.  He preferred being seen with clean pots and pans.  NPR and other news outlets have at least begun to recognize that the poor have completely disappeared from our national discourse, which is probably just as well since the subject of the poor makes the discussion coarser by the day.  Jon Stewart makes me feel better about Ryan's photo-op; but only just.  I remember that the questions asked last night were selected by Candy Crowley from questions submitted by those chosen to even ask questions.  Either nobody asked about the poor, or Ms. Crowley filtered out such questions as intemperate or irrelevant.