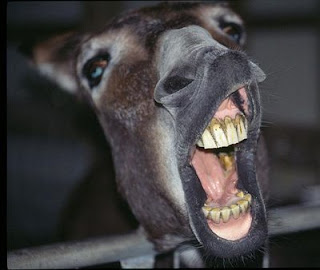 Texas Attorney General Greg Abbott (R-Dumbass) has roiled the international waters by warning members of the Organization for Security and Cooperation in Europe who have been invited here by the U.S. Government to monitor the upcoming federal elections that:

One minor problem:  the Texas AG won't be prosecuting anybody.  That's not what they do:

Under Texas law, the county or district attorney has primary jurisdiction to prosecute most criminal offenses. The Office of the Attorney General assists local prosecutors at their request. The law also authorizes this agency to proffer assistance to local prosecutors. Most OAG prosecutions are undertaken on referrals.
Chapter 1, section 1.09, of the Penal Code provides that, “with the consent of the appropriate local county or district attorney, the Attorney General has concurrent jurisdiction with that consenting local prosecutor” to prosecute certain offenses, including:


And as for the Texas Penal Code:

With the consent of the appropriate local county or district attorney, the attorney general has concurrent jurisdiction with that consenting local prosecutor to prosecute under this code any offense an element of which occurs on state property or any offense that involves the use, unlawful appropriation, or misapplication of state property, including state funds.

So aside from the violation of international treaties that this threat represents, Mr. Abbott literally has no authority to issue such threats; not unless a Texas District Attorney asks the AG's office to help in the prosecution of a violation of the Texas Election Code.  Provided, I take it, that the offense takes place on state property; and most Texas polling places I've ever been in are not state property.

For all the authority Abbott wields in this matter, this letter might as well come from a private citizen.  So please, Mr. Abbott, just shut up.  You're embarrassing the rest of us in Texas.

Update:  he really is stupider than you think:

Ambassador Janez Lenarčič, the Director of the OSCE Office for Democratic Institutions and Human Rights (ODIHR), expressed his grave concern today over the threat of criminal prosecution of OSCE/ODIHR election observers.

This threat, contained in an open letter from the Attorney General of Texas, is at odds with the established good co-operation between OSCE/ODIHR observers and state authorities across the United States, including in Texas, Lenarčič said, adding that it is also contrary to the country’s obligations as an OSCE participating State.
....

The ODIHR limited election observation mission for the 2012 general elections in the United States consists of a core team of 13 experts, from 10 OSCE participating States, based in Washington D.C., and 44 long-term observers deployed throughout the country. These are the sixth United States elections the Office has observed, without incident, since 2002.


Final update:  there's a whole lot of stupid around here:

Harris County Clerk Stan Stanart said if the observers showed up at a poll location, "I'd kick them out of there. It's as plain as that. Right now, my understanding is you can't be in there unless you are a poll worker or a voter or a legitimate poll watcher. It's illegal for them to be a poll watcher unless they're a citizen of Texas."


Contrary to Clerk Stanart's belief, Texas is not a sovereign nation with its own standards for "citizenship."  This, however, is about right:

Mark P. Jones, chairman of the political science department at Rice University, said observers are "pretty normal" in elections. He said it is reasonable for Abbott to weigh in because the decision to send observers suggests "there's at least the potential implication the state's electoral rules are flawed."

Raising the prospect of criminal sanctions "is probably going over the top a little bit," Jones suggested, "but Abbott's become very good at this. Greg Abbott now does not miss an opportunity to appeal to the Republican base. … This is just showing his bona fides as a conservative, someone who will help resist … U.N. meddling in Texas politics."


We do have cooler heads in Texas:

Texas Secretary of State Hope Andrade also wrote to Everts on Tuesday to express concern that, based on media reports, it appeared that "this valuable information sharing program" was being politicized. She wrote that it was "critical" that Texans understand the organization is in Texas only to learn about the state's election processes.


And as for the threats of criminal prosecution, nothing's gonna happen:

Keith Ingram, director of the elections division in Andrade's office, said in an email to county election officials Tuesday that any characterization of the OSCE observers as monitors was false. Ingram said he had met with the two-person team last week and told them the Election Code would not allow them into actual polling places, and that they understood.


Here's where I point out Texas has 254 counties.  I can't easily find the total number of polling precincts in Texas, but Bexar county alone has 661.  OSCE has two people coming to observe our elections.

The amount of interference they can do is absolutely incalculable.  Especially if they never get within 100 feet of a polling place.  It's a pity Abbott is getting more attention than Andrade.