'Twill be my theme in glory! 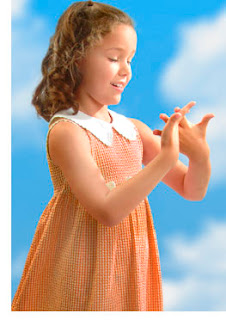 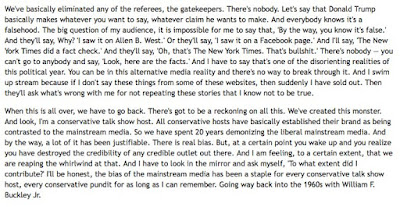 I think of this while listening to this interview with Walter Brueggemann, so perhaps that influences my thinking.  But what I read above is something I've experienced personally.

I pastored two churches before deciding the pastorate wasn't for me (I didn't reach that decision alone, I was aided by the church hierarchy, which tends to work on the level of personalities, not on the level of generalities and high ideals).  In that time I experienced two congregations profoundly convinced that they were entitled to their own facts.  Let me give you two examples, which I've probably shared before.

In my first congregations, several months in (I was there less than a year; I left just before they left me unemployed), a  the  took me aside and discussed my reliance on the Bible (I used three readings in worship.  The Protestant norm is two, at best:  one from the "Old Testament," one from the New.  This member's wife would later aver that my use of "Prayer of our Savior," which is in the UCC Book of Worship, was a Roman Catholic title, which proved I was a Protestant heretic.).  He told me he had read the Bible as a young man, and he really didn't need to hear from it anymore.

Later, in my second church, where I lasted about three years (I don't brag on my pastoral abilities), in a congregational meeting I presented some carefully prepared charts regarding membership decline and worship attendance.  My purpose was to comfort the people, to show them that while we were few in number, we were deep in faithfulness, and our "decline" was a result of changes in the neighborhood around us, and we could draw strength from who we were, rather than despair about who we weren't anymore (the area around the church had gone from rural/agricultural mostly-German, to urban and very ethnically diverse.  But many of the church members had grown up on the farms, or expecting the neighborhood of their childhood to remain forever.).   My purpose was to say there is nothing wrong with where we were, but after I finished a member stood up and immediately pointed to the last 3 years on the chart, and said the decline had continued under my tenure, and therefore I was responsible for the failure of the church.

As I type this I listen to Brueggemann enunciate a familiar theme, the role of the Psalms in challenging the "dominant world" as the only real world.

Those church members had heard it on Allen West and read it on Facebook, and I was simply presenting the lies of the New York Times.  Not literally, of course, but the distinction is without a difference.  As Paul Simon said, "A man hears what he wants to hear, and disregards the rest."  As Breuggemann says, we can take our "dark proclivities" and hand them to God, deny them, or act them out.

I never served a church that wanted to hand their "dark proclivities" to God.  To hand them over to God is first, to deny the power of your own agency; and second, to admit you have "dark proclivities" in the first place.  Either is an act of humility too great for the people who "ran" the churches I pastored.

It's really not that much of a stretch, then, to imagine a group of people committed to a set of facts and ideas for which they will brook no challenge.  Will there be a day of reckoning?  Sort of.  Churches like the ones I served will decline, and eventually come to an end.  They are too set in their ways to allow new life into their congregation, to allow God to act in their congregation.  It could happen; the Holy Spirit blows where it wills, and is always surprising in where it arises and is felt.  But it can't happen without change, and reckoning is not change; it is simply judgment.  We all like to sit in judgment, and assume the reckoning won't include us.

Will there be a day of reckoning in the nation?  Nope; not in a cataclysmic way, anyway.  Unlike small churches nobody notices anymore (I literally had people tell me they drove down the busy street my last church was on and didn't even notice the huge sanctuary, built to hold 300+, on the grounds.  The roof alone reached a peak about least 4 stories above the ground.  I think the trees hid it.), nations don't quietly go away, and major political parties don't just fade into insignificance the way denominations can.  There will be some dramatic changes, perhaps, in the GOP; then again, perhaps not.  The true believers of Trump will go back to being a minority position, and perhaps grumble about being left out of their party or any party; but minority positions are always locked out, ultimately, from the exercise of power.

Just ask the Democrats in the House of Representatives right now.

(I do like the way, in the quoted passage, the attack on the "liberal media" is justified; it's just that the attack went too far.  We always justify our actions; we always blame others for going "too far." (As I say, the "reckoning" never includes us.)  It's easier to justify our actions than to think we were wrong from the start.  That would be the real corrective, the real reckoning, truly handing our dark proclivities to God.  I suppose the answer is, as Brueggmann points out, we can only do that in a liturgical setting.  It can't really be done in the world.)