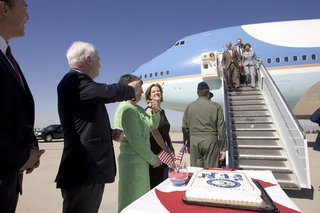 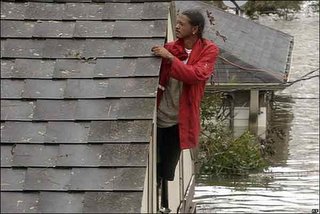 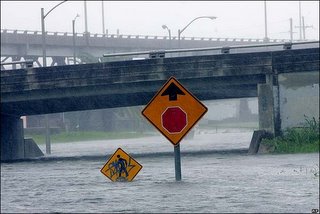 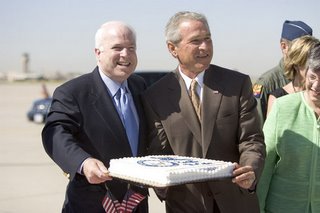 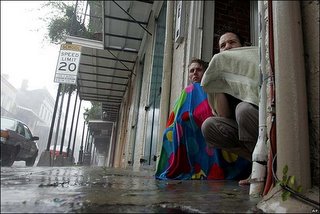 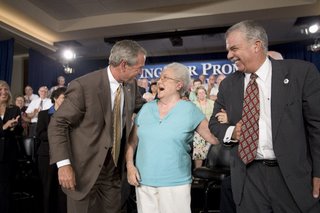 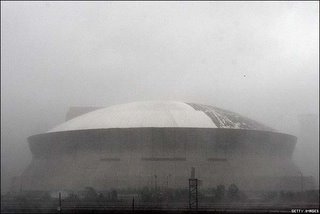 “The truth of the matter is, we can work together and will, but when disaster strikes, the first people that you rely upon, the people that matter most, are your friends. It’s friends helping friends that turns out to make an enormous difference in saving lives and helping to get by the trauma of the first days.”

Mr. Bush delivered his remarks at an intersection in a working-class Biloxi neighborhood against a carefully orchestrated backdrop of neatly reconstructed homes. Just a few feet out of camera range stood gutted houses with wires dangling from interior ceilings. A tattered piece of crime scene tape hung from a tree in the field where Mr. Bush spoke. A toilet seat lay on its side in the grass.

Update: Where we are now:

The death toll in Louisiana from Katrina is close to 1,600, including nearly 300 who died in other states after fleeing from the hurricane.

But worker recovery accounts, meant to help victims find work by paying for school, job training and child care, didn't materialize. Neither did the Urban Homesteading Act that would have given poor people sites to build homes they would finance themselves or get through programs like Habitat for Humanity.

Only half of New Orleans has electricity. Half its hospitals are closed. Violent crime is up. Less than half the population has returned. Tens of thousands of families still live in trailers and mobile homes with no real timetable for moving to more permanent housing. Insurance settlements are mired in red tape. The city still has no master rebuilding plan. And while much debris has been cleared, some remains as if the clock stopped when the storm struck.

So far, Congress has approved $110 billion in hurricane aid. The Bush administration has released $77 billion to the states, reserving the rest for future needs, but $33 billion of that has not yet been spent.