Illegal immigration is a problem 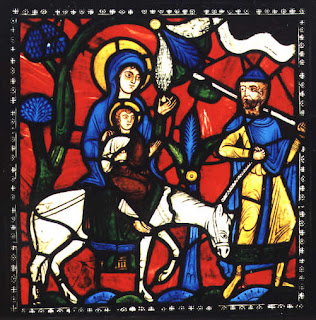 Although I understand the border was "closed" in FDR's first administration, in order to control the labor market during the Depression. And I've still yet to see a cogent argument as to why capital should move freely across borders, but labor should not.

Except, of course, it's all about control, and money moves in recorded ways, which people tend not to do. Anyway, this is just sad:

Two men stand working in the afternoon sun just yards from the US-Mexico border. Clad in hard hats and work shirts, tool belts slung around their waists, they have been toiling at this spot in the Arizona desert since early October.

One holds an iron stanchion while the other bolts a horizontal bar to it. But before the joint can be tightened, the whole structure starts to sway. A shout goes up: "Watch out!" The five metre pole lurches toward the dry red earth, bringing its neighbour down with it. The latest weapon in the fight against undocumented migrants looks a little shaky.

This "fence" is one mile long, on private land (hey, do what you want to, right?).

Despite this apparent drawback, Mr Garza is adamant that the fence will have an effect. "It's also deterring traffic from that particular area, which is heavily, heavily travelled. One mile out here is very crucial, so that's one mile the Border Patrol won't have to scout."

Others, however, doubt whether a fence will have any effect. "They'll just go around this fence in the way they go around others," says Daniel Griswold of the Cato Institute thinktank in Washington DC. "All a fence will do is direct people to more remote areas and create the likelihood of more deaths."

And apparently, nobody is listening to Lou Dobbs:

Like Mr Garza, Ms Faust is a recent arrival on the border, moving from Montana three years ago. Like Mr Garza too, her conversion to the Minuteman cause came to her thanks to Rupert Murdoch's Fox News Channel.

While Mr Garza had been impressed when he saw Minuteman co-founder Chris Simcox interviewed on the channel, Ms Faust joined up after seeing the group's other founder, Jim Gilchrist, on the channel's Hannity and Colmes show. She went straight to the Minuteman website and signed on.

"When I lived in Montana I would hear [Fox host] Bill O'Reilly but it didn't really mean that much to me," she says. "When I came here to Arizona it started to make sense."

The one time I visited the border, it made no sense. I went to Del Rio on business, and met a man there who'd grown up in Brooklyn, but spoke Spanish fluently. He had to, to he said. Much of his business, as for most of Del Rio, was people from Mexico, who crossed the border daily as casually as the rest of us cross a street, or cross the border in Kansas City or Texarkana. The "border" is a concept largely in the minds of people who don't live there, at least in Texas. I'm sure if I owned a ranch in Arizona, I'd be concerned about people crossing my property, too (they aren't all kindly people looking for an honest job, let's be honest). But the idea of sealing the border, at all (and the lady from Montana isn't worried about the Canadian border) is just silly.