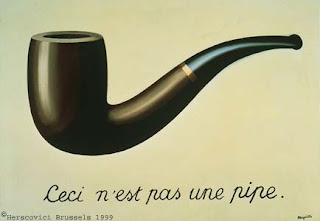 Parse this carefully, and our military are the monsters:

The number of Guantanamo Bay detainees participating in a hunger strike has more than doubled in recent weeks to 11, including five who are being force-fed, the U.S. military said Monday.

Military officials describe the hunger strike as an attempt to build public sympathy and opposition to the detention center, which on Thursday marks its fifth anniversary of existence at the isolated U.S. military base in Cuba.

The jump in the number of strikers comes as Guantanamo's critics are using its fifth anniversary to call for the prison to close.

"The hunger strike technique is consistent with al-Qaeda practice and reflects detainee attempts to elicit media attention to bring international pressure on the United States to release them back to the battlefield," said Navy Cmdr. Robert Durand, a Guantanamo Bay spokesman.

These detainees are not human being driven to starvation by desperation. They are clever enemies willing to kill themselves in order to make war on the US. Of course, if they truly intended harm to the US, as the military insists, that case could be proven in a court of law and prisoners could be tried for crimes and imprisoned, while the innocent would go free. But these "enemy combatants" are so frightening, so demonic, that we must simply trust our military to know what is best and to imprison anyone they say is a threat, and represent them as too evil even to deserve to be heard from.

"I don't see it as at all curious that they should be desperate enough to starve themselves," said Jumana Musa, advocacy director for Amnesty International USA.

It's a slippery slope, indeed.