Cry! What shall I cry? All flesh is grass! 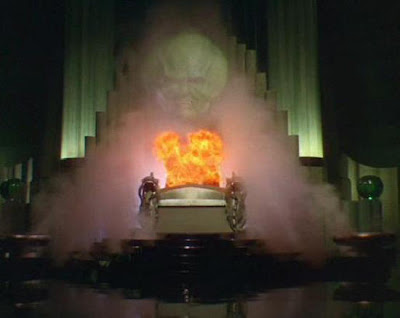 I should have seen this coming. Deliberate misrepresentation of one's words is the lot of both pastors and politicians.

So Bill Moyers interviews Jeremiah Wright tonight. And before we can possibly see it and decide for ourselves what the Rev. Wright says, the pundits and pooh-bahs have to pre-digest it for us:

"If he was a Barack Obama supporter, I think he would pull himself off of the stage at this point," said National Public Radio senior political analyst Juan Williams.

See? It doesn't matter what he says, or how he says it. What matters it that he speaks! Disaster! Doom! Despair! And this from "objective journalists". What hope is there for us regular folk to understand the impact of the Rev. Wright's words without these wise people to interpret them first, and interpret them by: ignoring them!

When I saw the excerpt at the PBS website on TeeVee last night, I thought: "Wow! I would have that man as my pastor!" But I missed the fruity import of what he really said:

Roberts and others saw the defense as short of unassailable.

"Even though he was defending himself, quite nicely, he said Barack Obama spoke as a politician. That is the last thing Obama wants people to think of him as. He has approached the American people as a pastor-type himself," said Roberts.

Williams agreed that calling Obama a politician would have Americans asking "was he simply being politically expedient, or was he being sincere?" during his "race speech" in Philadelphia last month.

The MSM is unassailable. "Unfair," Rev. Wright? Devious? You forget who controls the conversation in this country. You will take your "wackadoodle" label and wear it proudly until the MSM tells you that you can take it off. Because it is NEVER about them, and always about someone else. So Jeremiah Wright may seem calm and sensible and rational, and bring a smile to Bill Moyers' face; but we all know, in reality, he's trashing Barack Obama. Again.

And before you get a chance to hear him, the MSM wants to be sure you understand that. Pay no attention to the man behind the curtain. Content is for wonks. The people who speak without resort to bladders and flappers are not thinking deep and worthy thoughts, and must be disregarded. Most of all, what they say is not important; what is important is only what the pooh-bahs and pundits choose out of what they say. After all, people like Rev. Wright speak without Climenoles, which surely indicates a lack of seriousness on his part.

The rest of us, meanwhile, can enjoy the excellence of Mr. Moyer's website, which gives information on the black church in America, James Cone and Black Liberation Theology, and even background on the Rev. Wright. No Flappers required.